A Cure for Heritage Humiliation 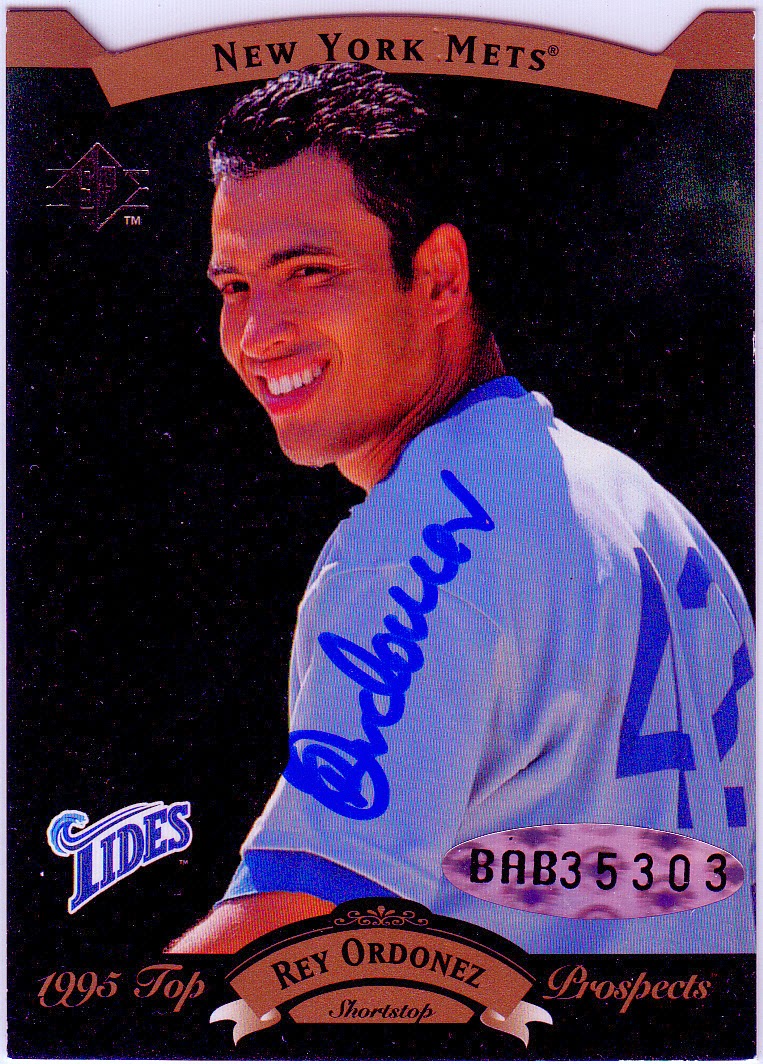 My lousy, stinkin' rotten neighborhood Target didn't have one lick of the brand new Heritage cards.  Ditto for my nearest Walmart.  Talk about a complete and total buzzkill.  What ever happened to happy Heritage Day??

Heck, my local card shop didn't even have any hobby boxes!  Well, to be fair, the owner told me they sold out relatively quickly due largely to the fact that Topps only shipped him half of his order, with the other half being stranded inside a UPS trailer somewhere.  Sigh...

I know I previously stated that probably won't be going the hobby box route, but I had to at least give it a look. And, after the owner told me he was pricing the boxes at $85, I'm completely sure about the notion to steer clear.  At least from this guy's shop.

Okay, enough of that!  The cure for such self pity is the selflessness of the many great baseball card bloggers out there.  And, earlier this week, Bert of Swing and a Pop-Up dropped a whale of a PWE on me. 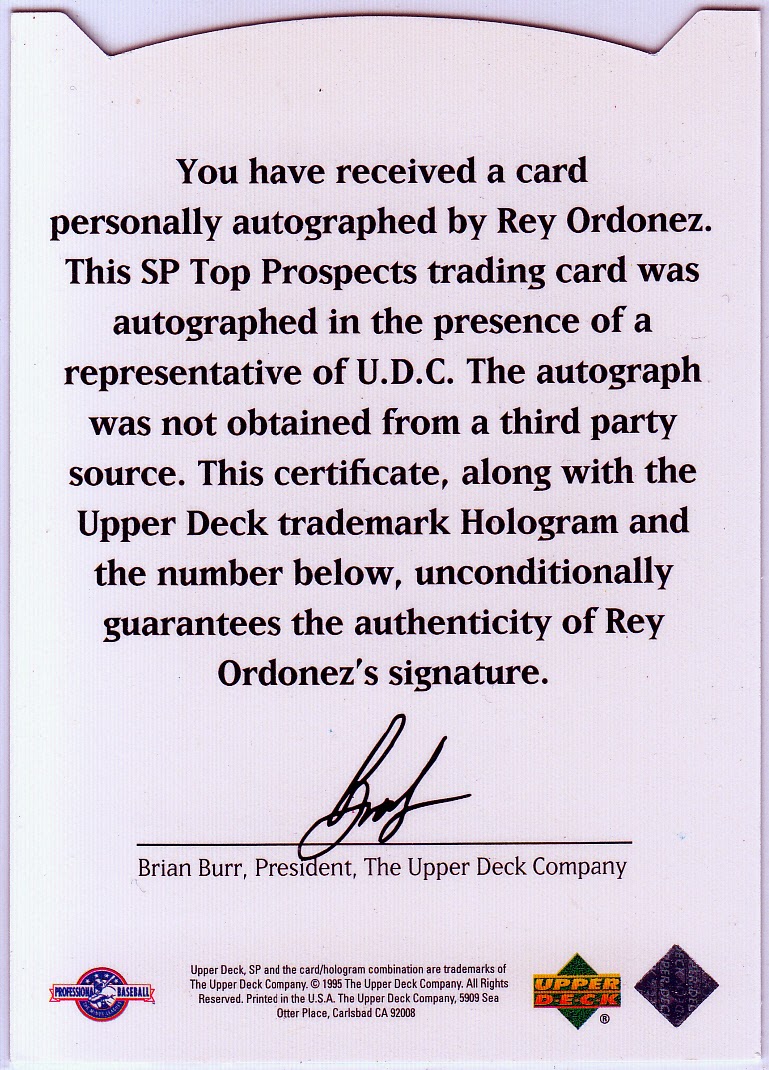 This is my first autograph card of Rey, and it's a really great one at that.  It appears Ordonez, then a member of the Triple-A Tidewater Tides, is donning a No. 42 jersey.  I can't imagine he wore that jersey number in the minors, so maybe this was an occasion when the team (or the league) was paying homage to Jackie Robinson? And this was in 1995--two years before MLB retired his number across the boards.  So, I'm baffled by the jersey number thing.  But it only adds to the mystique of the card.

So, a tip of the hat to ya, Bert, for this primo card.  Getting stonewalled on finding new Heritage was sure a bummer, but how can I pout when I've got blogger buddies like this?