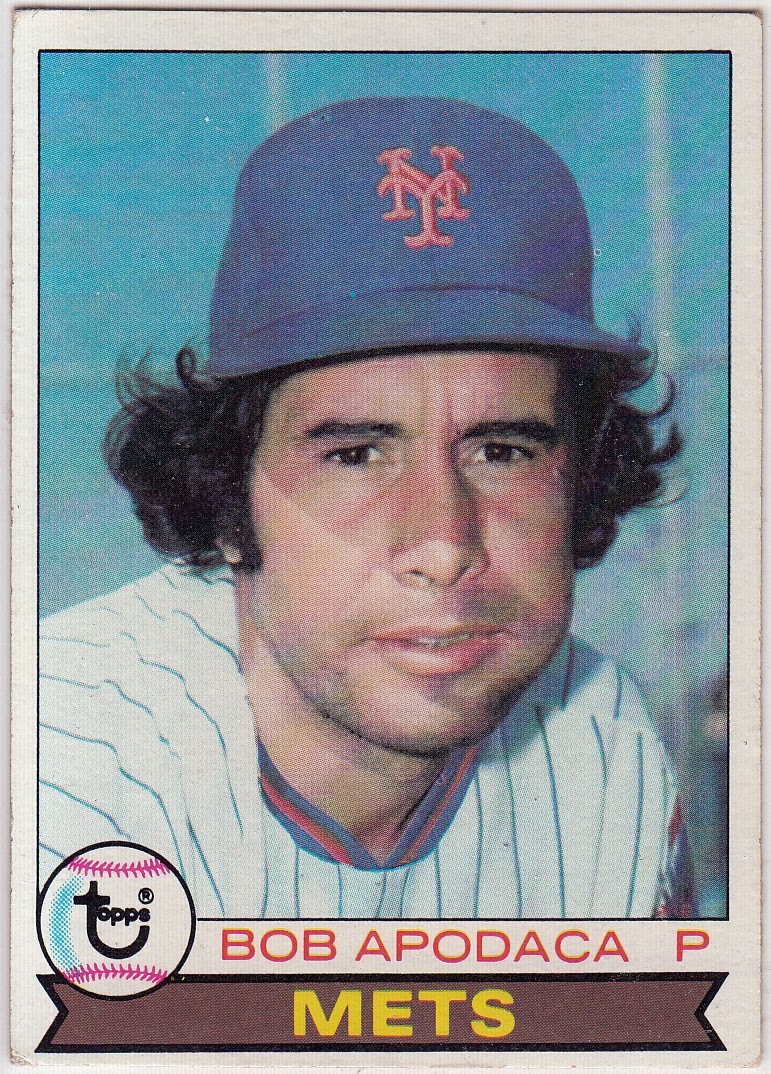 Some All-Time Mets for my on-going project came my way late last week, courtesy of Mr. Yeo at One Man's Junk (Wax).  A pleasant surprise, to be sure!

We'll start with the head of the alphabet and this '79 Bob Apodaca.  Dac spent five years in the big leagues, all as a reliever and all with the Amazins.  An interesting note about this card is that Apodaca didn't throw a single pitch during the '78 season due to an elbow injury sustained during spring training.  As a matter of fact, he wouldn't throw another major league pitch--period.  His final action, therefore, was during the '77 season. Strangely enough, he also got a card in the '80 Topps set.

Apodaca, who nowadays earns a paycheck as a pitching instructor in the Rockies organization, previously served as the Mets' pitching coach during the Bobby Valentine managerial years.  More on Bobby V in a bit. 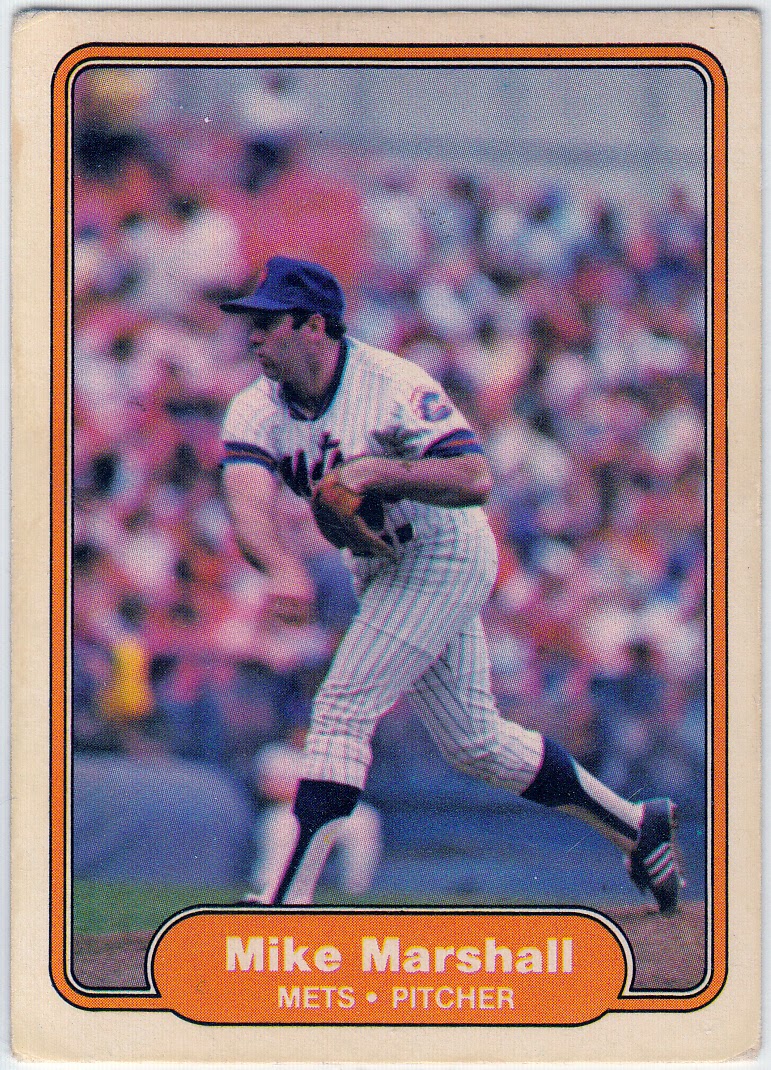 Two men named Mike Marshall logged major league time as a member of the New York Mets.  One was a longtime Dodger outfielder/first baseman who played 53 games for the Mets in 1990.  And the other, pictured on the above '82 Fleer, is Mike G. Marshall, a reliever whose lone season in Flushing coincided with this big league swan song.  Marshall appeared in 20 games for the Mets in 1981, posting a 3-2 mark with a 2.61 ERA.

I've now got both Mike Marshalls in Mets history covered in my All-Time Mets Project.  All I need to do is win the lottery and I can die in peace! 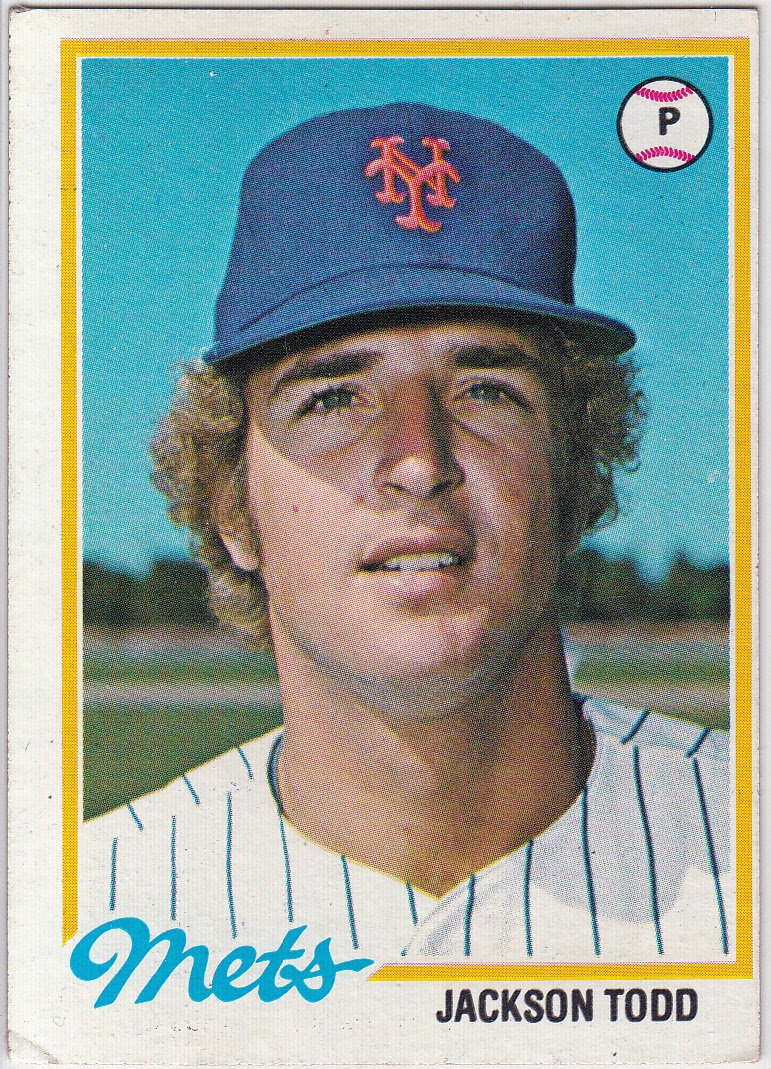 Jackson Todd is one of those special kind of guys going through life with a first name that oughta be a last name and a last name that oughta be a first name.  Beyond that, Todd's tenure as a Metropolitan spanned exactly 19 games during the 1977 season.  The back of the card informs us that Todd's first major league start and first major league win occurred on May 19, 1977, when he fanned five Giants in 7 2/3 innings of a 4-3 New York victory. 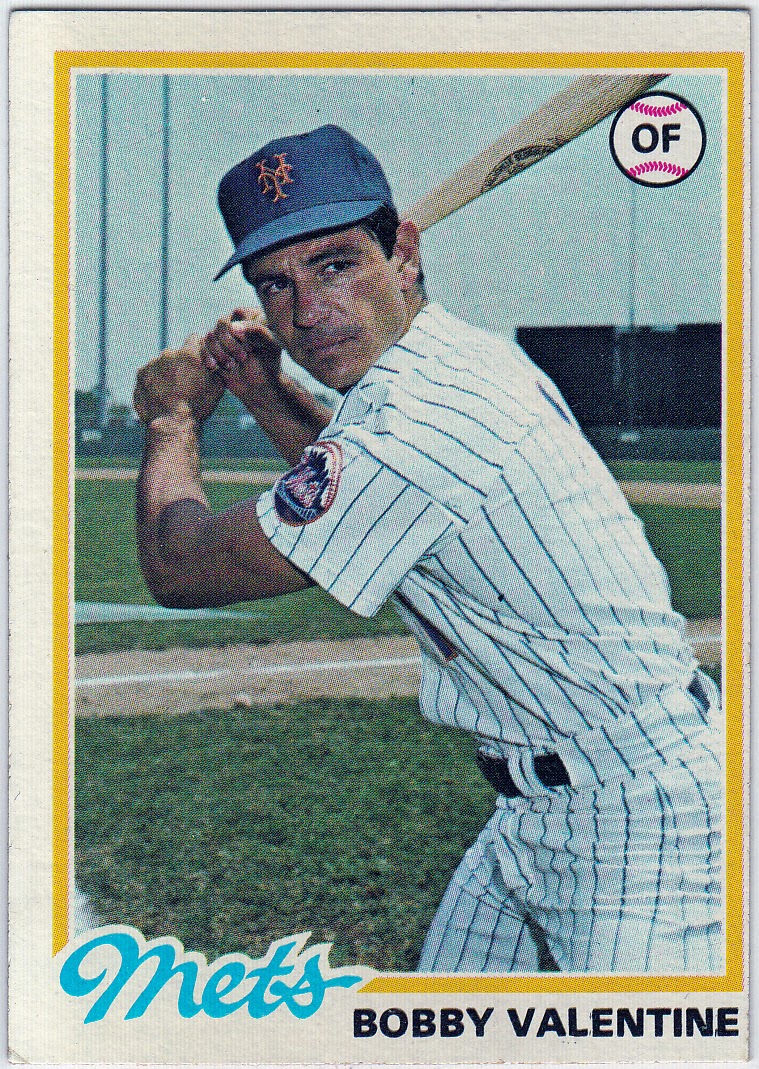 Like the Todd card, this Bobby V. comes from the '78 Topps set.  Interesting that both are badly centered side-to-side.  No matter, that sort of thing doesn't bug me too much for a project like.  I can always upgrade at a later time, but I won't lose any sleep if it never happens.

This is one of two Topps cards of Valentine as Met (at least during his playing days); he also appeared as a Met in the 1979 set.  He would take over as Mets skipper late in the '96 season and would eventually get a manager card in both the 2001 and '02 Topps sets.  I'm still chasing after one of those for the Project, by the way. 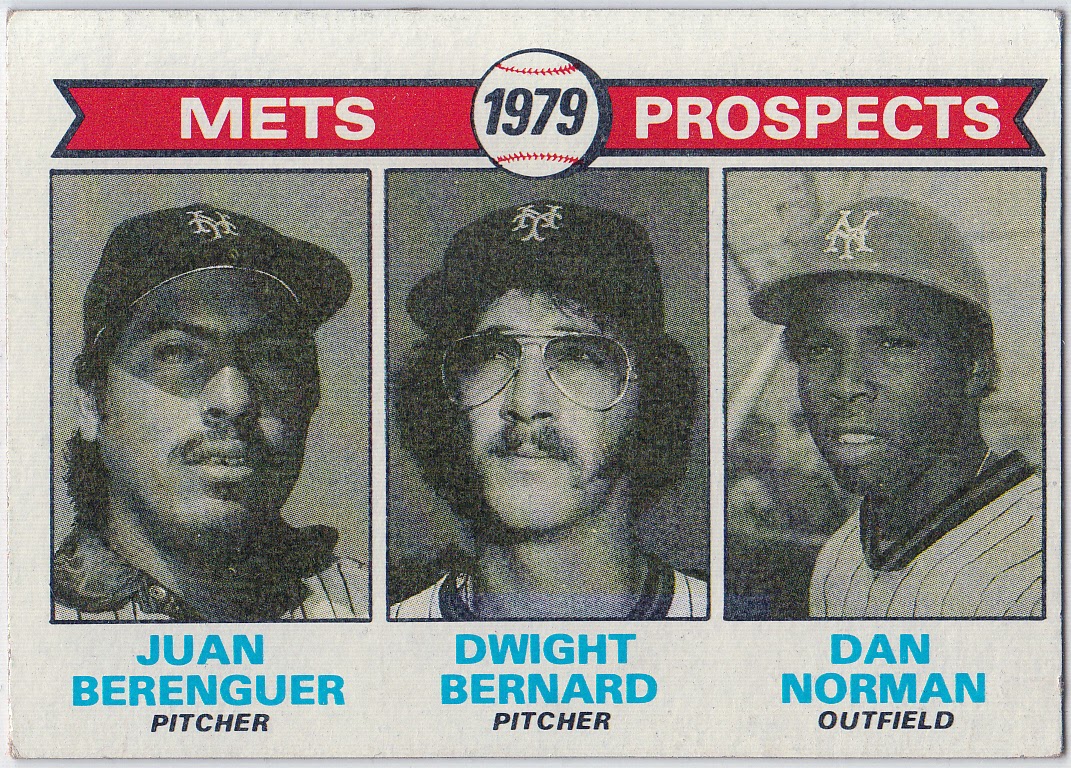 And then we've got this tri-panel Mets Prospects card from '79 Topps.  I'm puzzled and troubled by this one all at once.  Why are the photos on the '79 Prospects cards in black and white?  One of life's great card-collecting mysteries I suppose.

Each player on this card would make a great solo addition to the ATMP, but I'm not sure if I want to accept a multi-player card as an entry into the binder.  Especially if it's not in color.  I think Norman might have a Fleer card in the '81 or '82 set, but I don't believe either Berenguer or Bernard has a Mets card other than this.  A shame, really.  Oh well, it's still a pretty good card to have in my Mets collection, even if I'm not sold on its feasibility for my uber-selective ATMP binder.

Thanks for the cards, Jeff!  Mets cards of any era and any player are always welcome 'round these parts, especially those lacking from my checklist...