Monday was a gorgeous weather day here in the Mid-Atlantic, with plenty of sunshine and temperatures that more than hinted at springtime's imminent arrival.  If that don't put ya in a good mood, nothing will.  Plus, y'know, a new baseball season is mere weeks away.  Life is good!

But, while we look forward to all that the spring season has to offer, let's take a second to travel down memory lane with another edition of Four Topps.  Today's random number --  and every number for this feature -- is provided by Random.org since, well, they do the whole 'random' thing best.

As you'll see, today's post could easily be called something along the lines of "One of These Things Doesn't Belong" or perhaps even "Three Bums and a Bobby."

The first thing that jumps out at me is the black arm band on Meacham's left uniform sleeve.  This was worn all season by the Bombers to honor the memory of then single-season home run king, Roger Maris.  Beyond that initial observation, this is a nice, clean card of the six-year big leaguer.   I always enjoy a classic posed shot with a crystal clear blue sky in the background.  Hey, Stat Man:  Batted .224 in just 161 ABs for the Yankees in 1986.

Because I was a kid and I didn't know any better, I always just accepted the purple inner border and the fuchsia color of the team name on all '88 Dodgers cards.  When I look at it now, I'm naturally puzzled.  The look on Jeff Hamilton's face tells me he's not quite convinced either.  Hey, Stat Man:  Put up a robust .360 BA with 12 home runs over 65 games at Triple-A Albuquerque in 1987. 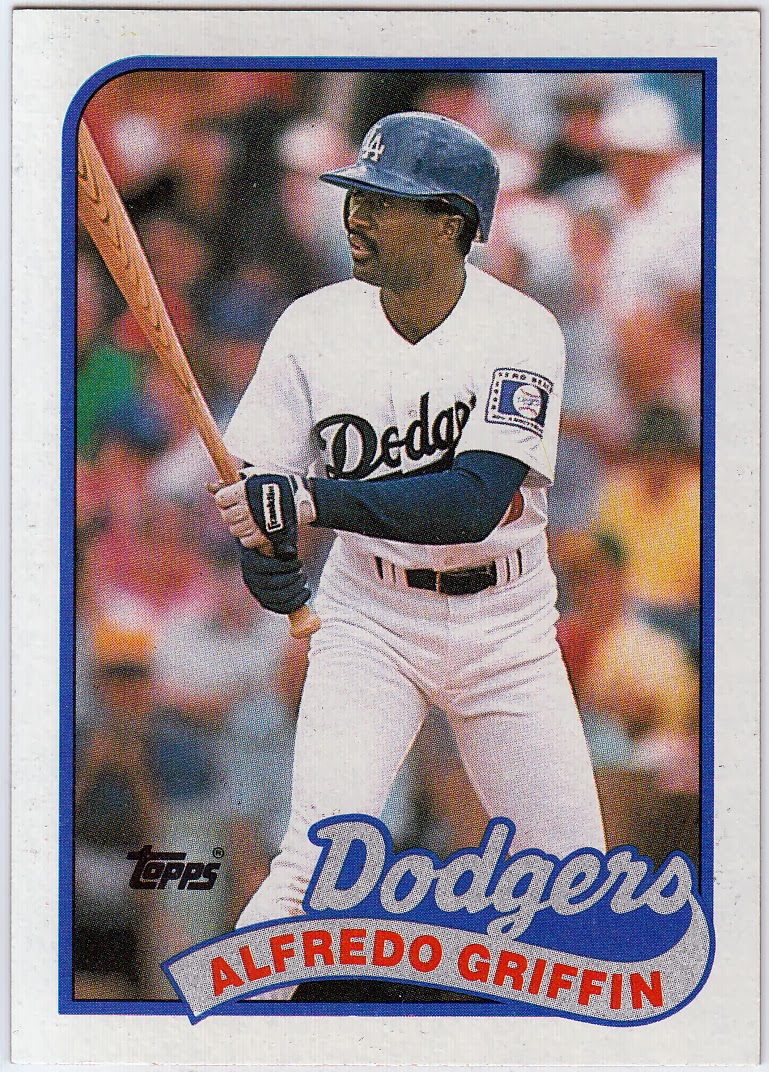 While Topps kinda totally missed the mark with their color scheme for L.A. cards in 1988, they knocked it outa the park in '89.  If I take off my Mets colored glasses for just a second, I'd have to tab the Dodgers cards as the most attractive from the set.  As for Griffin, I can't tell what the patch on his left sleeve is, but I like it.  Sharp card.  Hey, Stat Man:  Batted .188 (3-for-16) with 2 walks for the Dodgers in the '88 World Series. 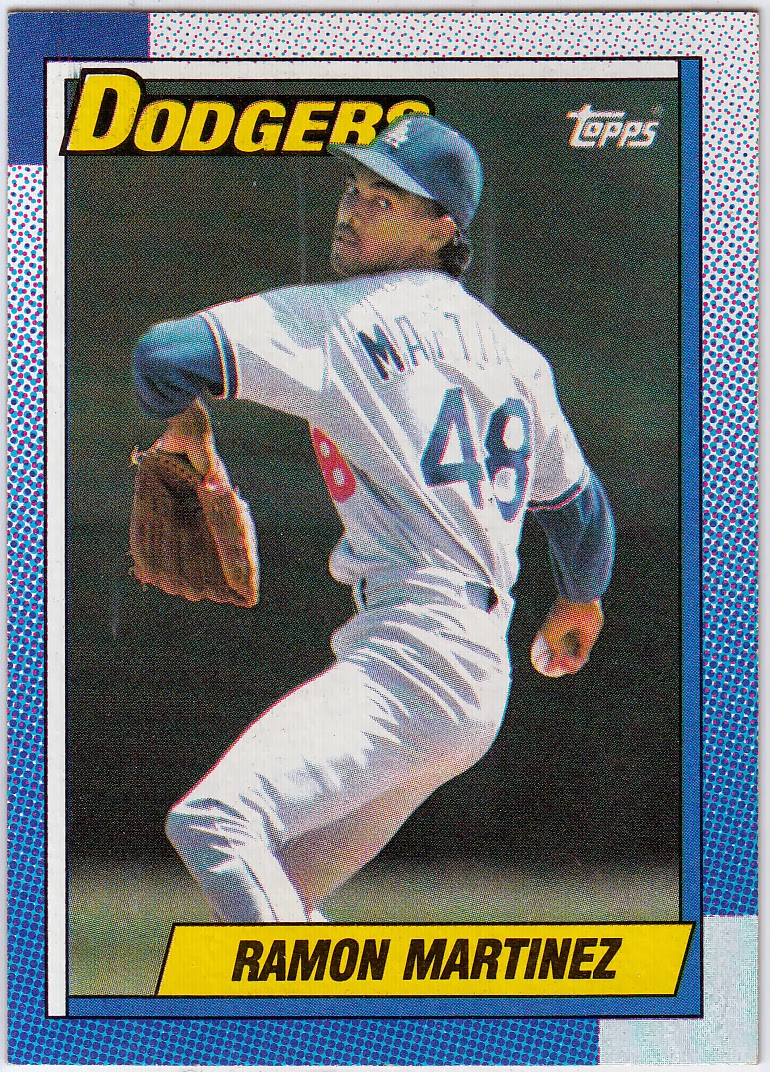 If we were playing hockey, we'd have ourselves a natural hat trick here.  The third straight Dodger player gracing a Topps card with the number 62.  In case you were wondering, the streak would be snapped in the 1991 set (Lee Gutterman, Yankees).  This is the second-year card for Pedro's older brother.  Hey, Stat Man:  Tossed a pair of shutouts in 1989; both were against Atlanta.

And the Winner Is:  I don't particularly care for either one of the teams represented on today's cards, but I suppose a winner should be selected nonetheless.  With that in mind, the '89 Alfredo Griffin gets my vote for the top slot with the '87 Meacham taking the runner-up spot.