Hey, it's been a while, so let's fire up another edition on my longest-running feature, Four Topps.  For the uninitiated, this little exercise takes a peek at a random card number--provided by the great Random.org--from the most beloved and influential Topps sets from my childhood (1987-1990).

Today's number is 611 and, while it may seem harmless enough, it offers us a first-time occurrence for a Four Topps post.

And right off the bat, we've got our first.  As in the first time an All-Star subset card has made an appearance in this feature.  And, for my money, '87 Topps gave us one of the best looking designs for an All-Star card.  The tri-colored stars at the bottom and and the nice big League emblem in the top left corner makes these things really pop.  Hey, Stat Man:  Puckett finished the '86 season tied for sixth in the AL with 31 home runs. 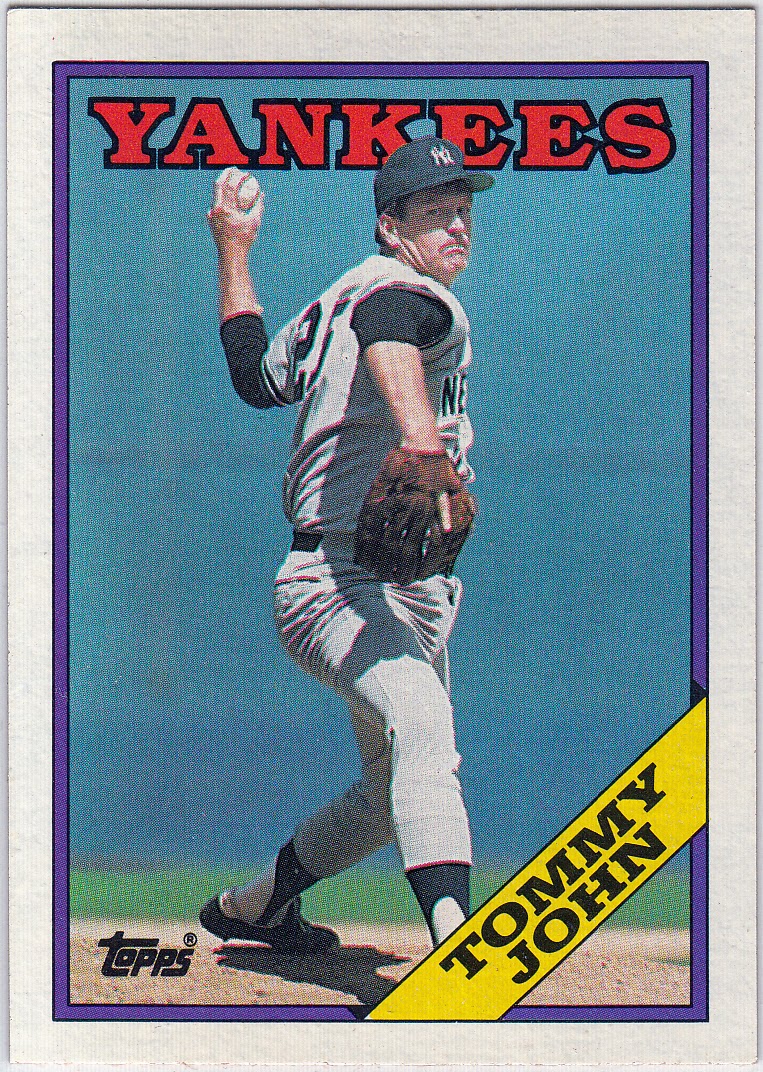 Now we begin the procession of Yankees.  The background of this card makes it appear as though Tommy John is pitching inside an aquarium.  And, of course, this was well before any Flordia/Miami Marlins and their big fish tank ballpark existed.  This is John's next-to-last Topps card, as he would appear for the final time in the '89 set. Hey, Stat Man:  Twirled a two-hit shutout in Detroit on August 8, 1987; a 7-0 New York win. 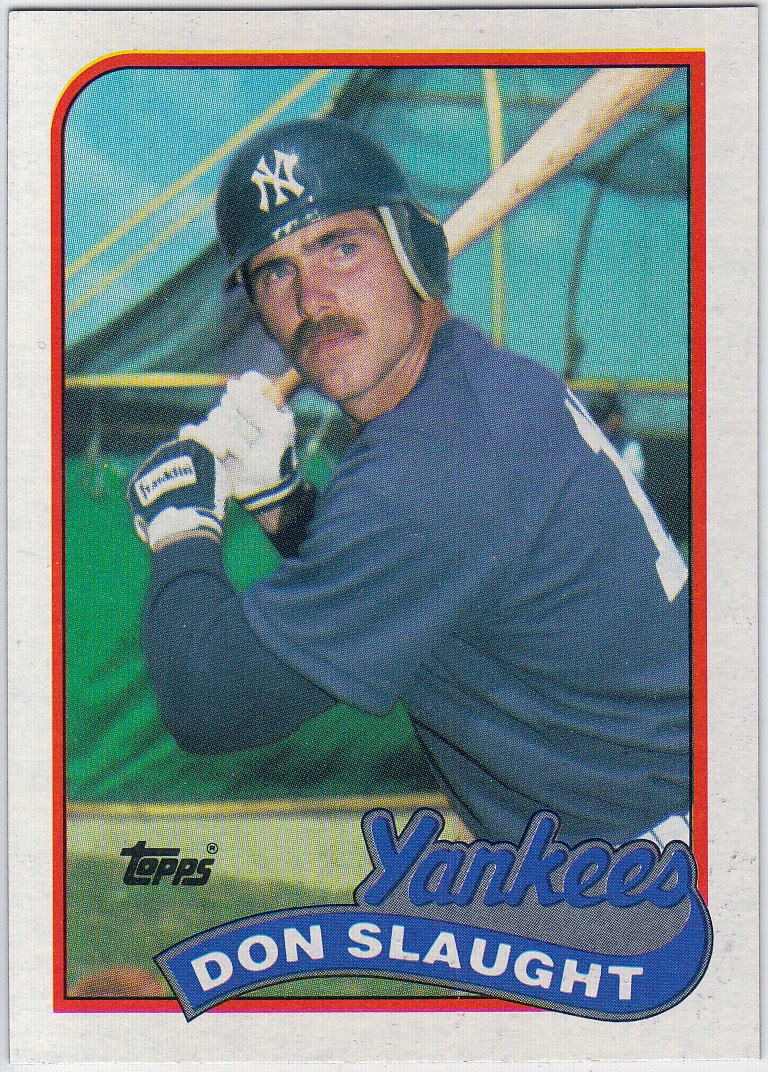 Live from the batting cage, it's Don Slaught!  Ya know, that name just sounds like a catcher from the '80s, doesn't it?  It also rings kind of familiar to this little project.  Oh wait, that's because Don's 1987 Topps card made an appearance in the Dec. 21 edition of Four Topps.  Not only that, he won first prize for card No. 308. Lucky devil!  Hey, Stat Man:  Don batted .283 with 9 homers in '88, his first season in the Bronx. 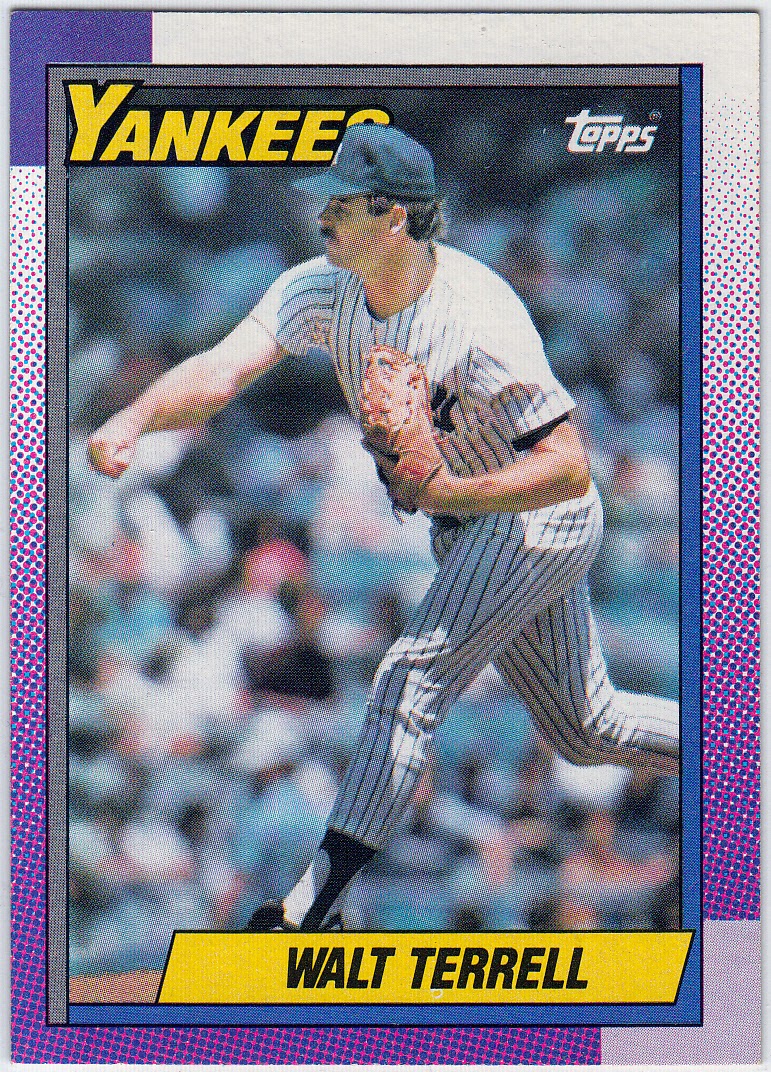 The Yankee trifecta concludes with a former Met, Walt Terrell.  The one thing this card's got going for it is the bit of info on the back: "On August 6, 1983 he became the first pitcher in NY Mets' team history to belt 2 Home Runs in one game."  Cool nugget of info.  It also cracks me up how Topps decides to capitalize such random terms such as "Home Runs" as if that were a proper thing.  And, call me crazy, but I kinda like the whole purple thing that the borders on the 1990 Yankees cards got goin' on.  Hey, Stat Man:  Posted a combined 11-18 mark in 32 total starts in 1989 with the Padres and Yankees.

And the Winner Is:  A little part of me thinks it would be cheating to award the top spot to the lone All-Star card of the batch.  With that in mind, I, here and now, have decided to abstain from choosing an All-Star subset card for any single number unless all four cards are All-Star cards and I have no other choice.

Okay, now that we've cleared that up, I will give the nod to the '88 Tommy John, with Slaught getting the runner-up position.