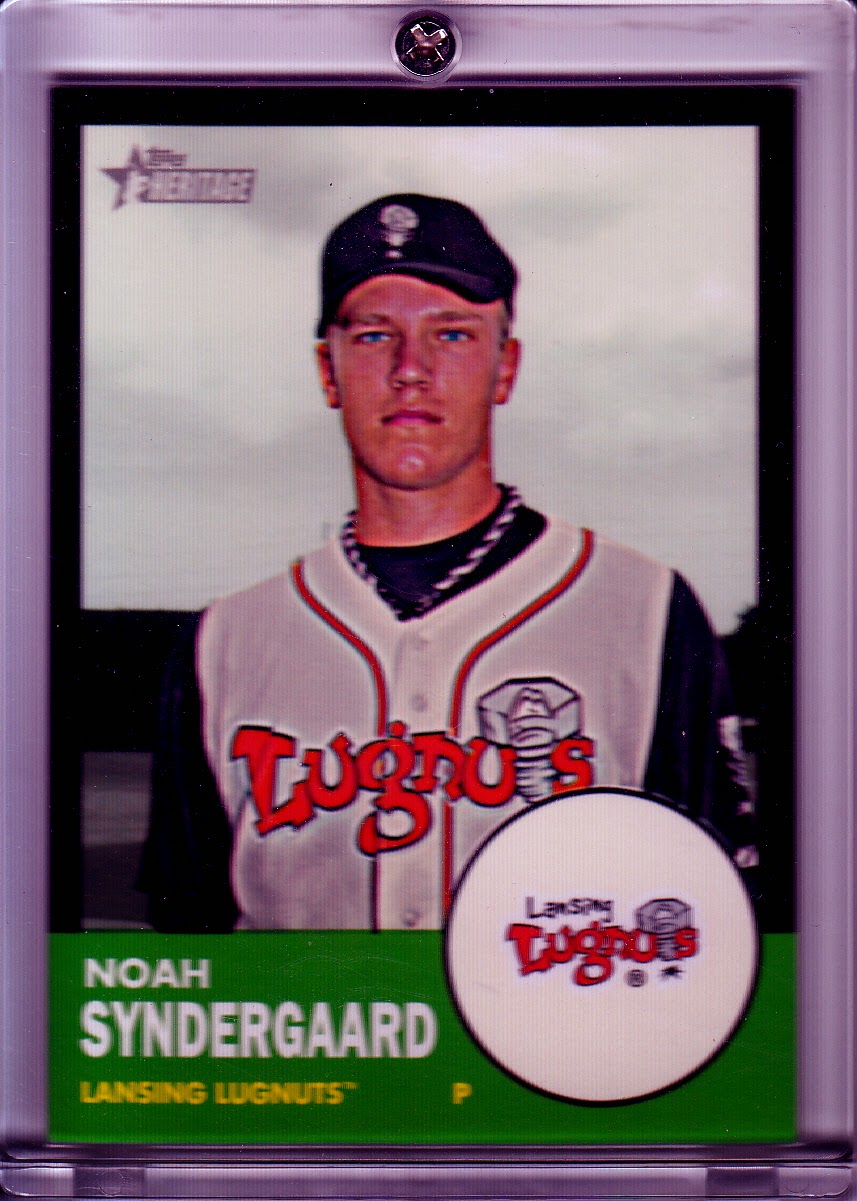 I had been eyeing up this 2012 Heritage Minors black parallel of Noah Syndergaard for at least a month, if not longer.  It sat on my eBay "watch list" for that duration of time, and each day when I went on the site I was half-expecting it to be gone, having been snatched up by someone else.

I'm not sure why I tempted fate for as long as I did, especially after being burned by the same sort of thing last year with Jose Fernandez's black parallel from the same set.  I kept waiting and putting it off and shuffling it to the back of my priority list.  And then, one day, the card sky-rocketed in price on COMC and eBay and it was no longer a viable purchase.

You think I woulda learned my lesson from that, yet I left this card of Thor (more on the nickname in a bit) to dangle in the breeze for five weeks.  Some people are just that dense, what can I say?

But, last Friday, when I struck out in my hunt for 2014 Heritage, I decided to cheer myself up by going for it.  I made a "Best Offer" on the card and *poof* the seller accepted it within the hour. 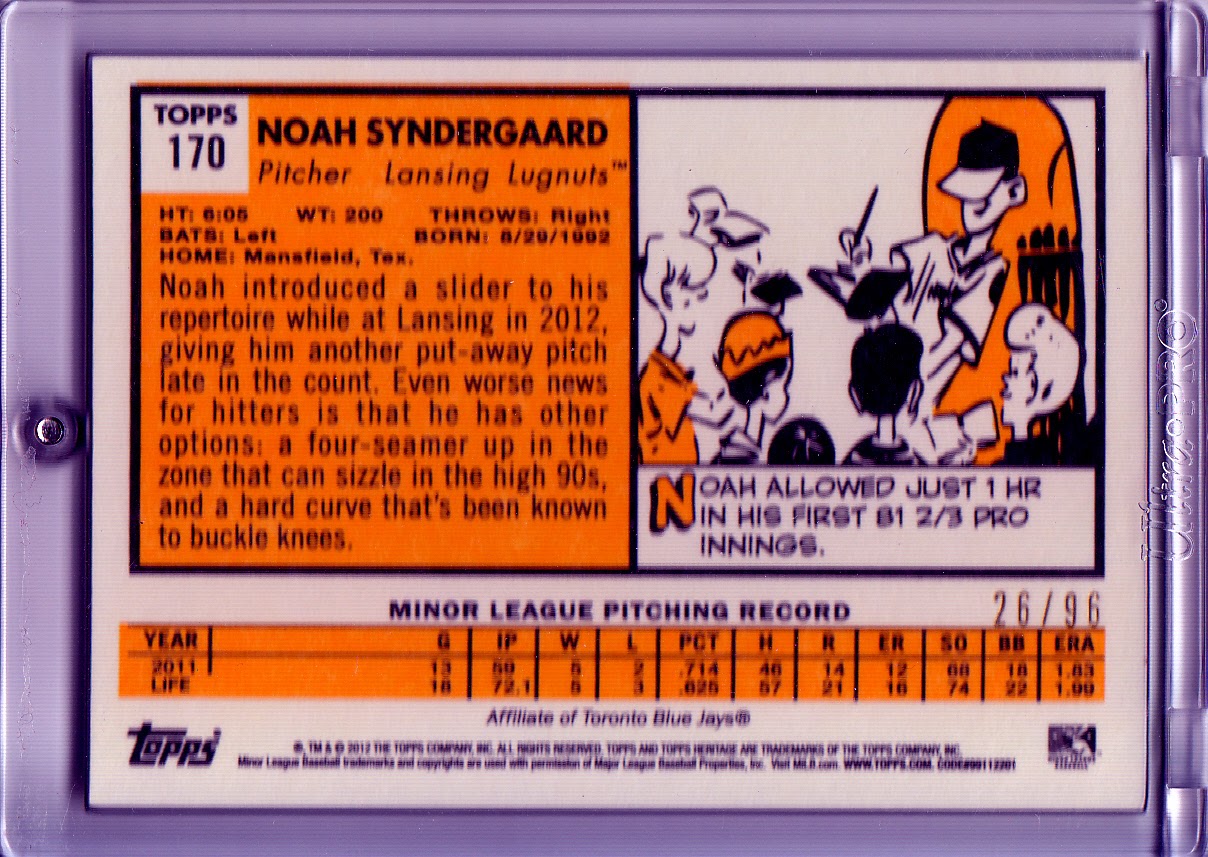 For under 10 bucks, I got a numbered parallel of a future ace (crossing fingers and toes and eyes) of the New York Mets staff.

Originally a prospect in the Blue Jays system, Syndergaard was one of the pieces transferred to the Mets in the R.A. Dickey trade in December of 2012.  Standing at 6'6" with a high-90s fastball and a "hook from hell" in his repertoire, the righty has become a hot name in the Mets organization.  In fact, Baseball America tabbed Syndergaard not only as New York's top prospect, but also the No. 16 prospect in all of baseball.

But, just as they did with Matt Harvey and Zach Wheeler the past two years respectively, Mets brass will let their prized pitching prospect begin the season at Triple-A and, if all goes according to plan, will bring him up to the big club in June.

If nothing else, Syndergaard will give Mets fans something to look forward to later this season.  We fans definitely need a pick-me-up especially with Matt Harvey out for the year following Tommy John surgery.

Oh, and the whole "Thor" thing?  The New York Post has the explanation.

Here's the most vital excerpt from the story:


“The home planet of Thor is called Asgard, which is like my last name,” he said during an interview for SNY’s Mets Hot Stove. ”It just kind of stuck with me. I guess a Mets fan gave it to me, and I’m not going to say, ‘No.’ It’s not a bad name to have.”

I can't argue with the guy.

Happy to finally have this card in my collection.!