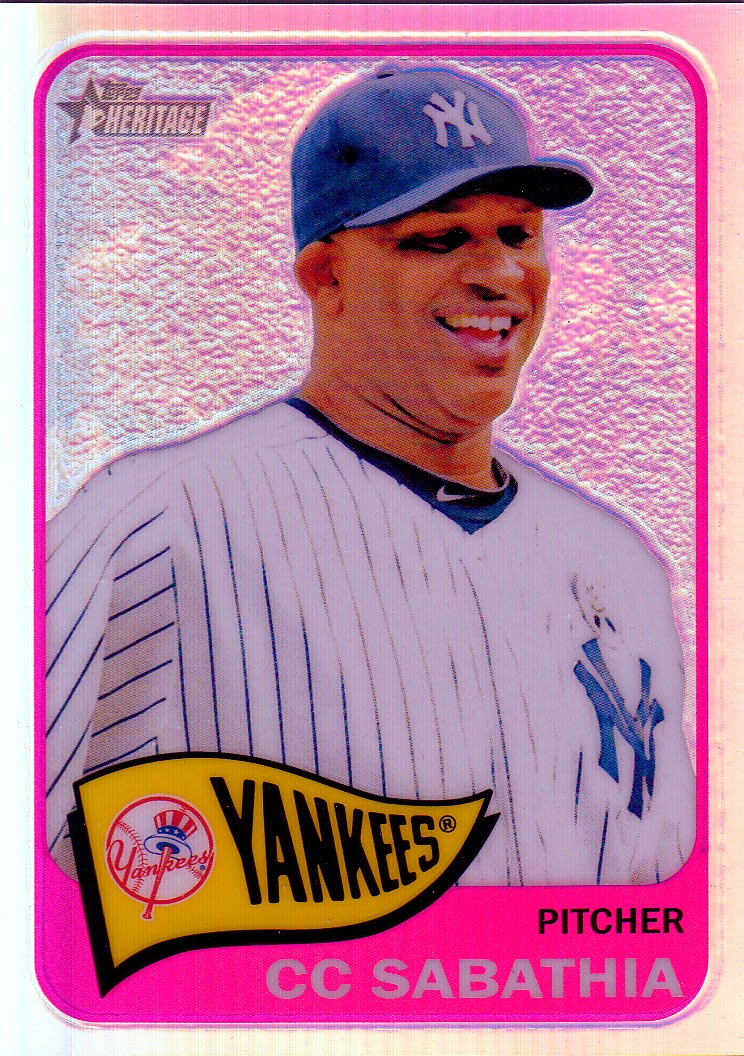 I had to pick up diapers on the way home from work, so naturally I used the detour as an excuse to check out the card aisle at one of my local Walmart stores.  And, wouldn't ya know there were two lonely "jumbo" packs of 2014 Heritage just hanging around waiting from someone to pluck them off the rack and take 'em home.

The highlight of the two packs was a chrome refractor of newly svelte CC Sabathia. 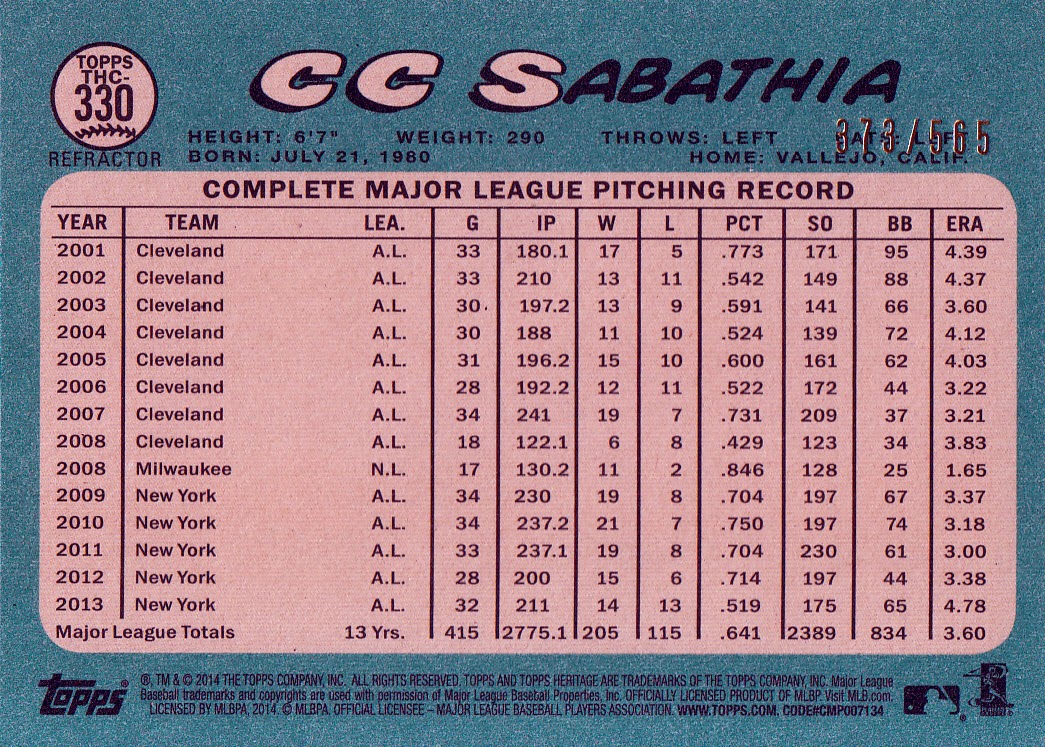 Other highlights from the pack break...

Of the 40 total cards, I got 24 new base cards, including my first two Mets! 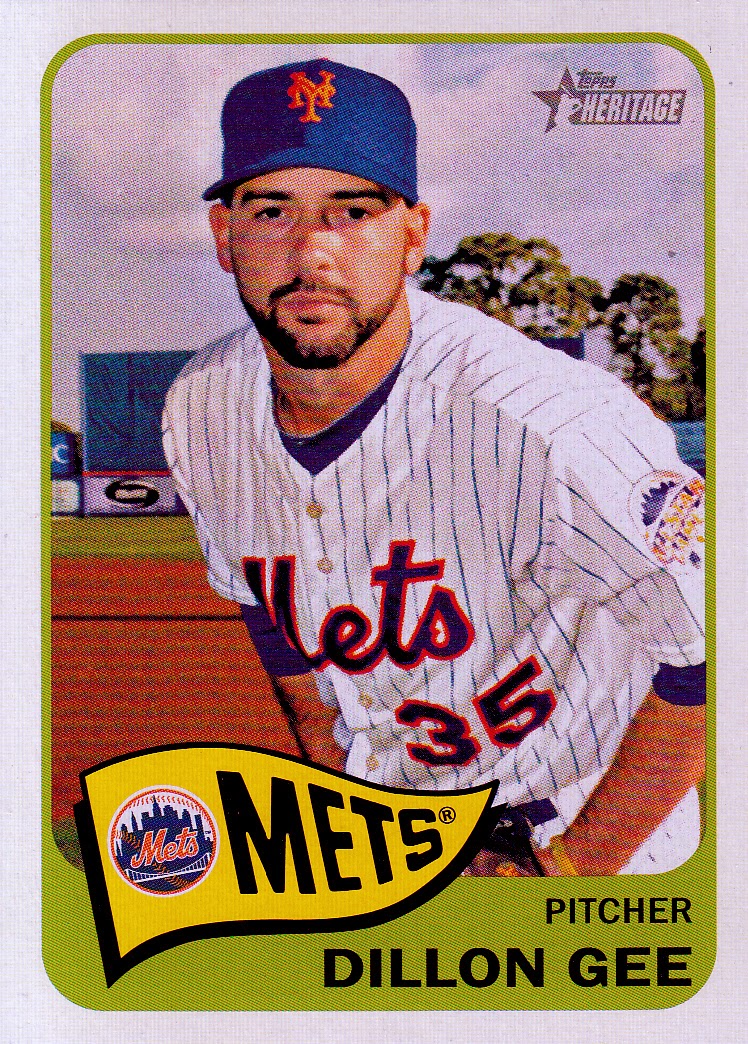 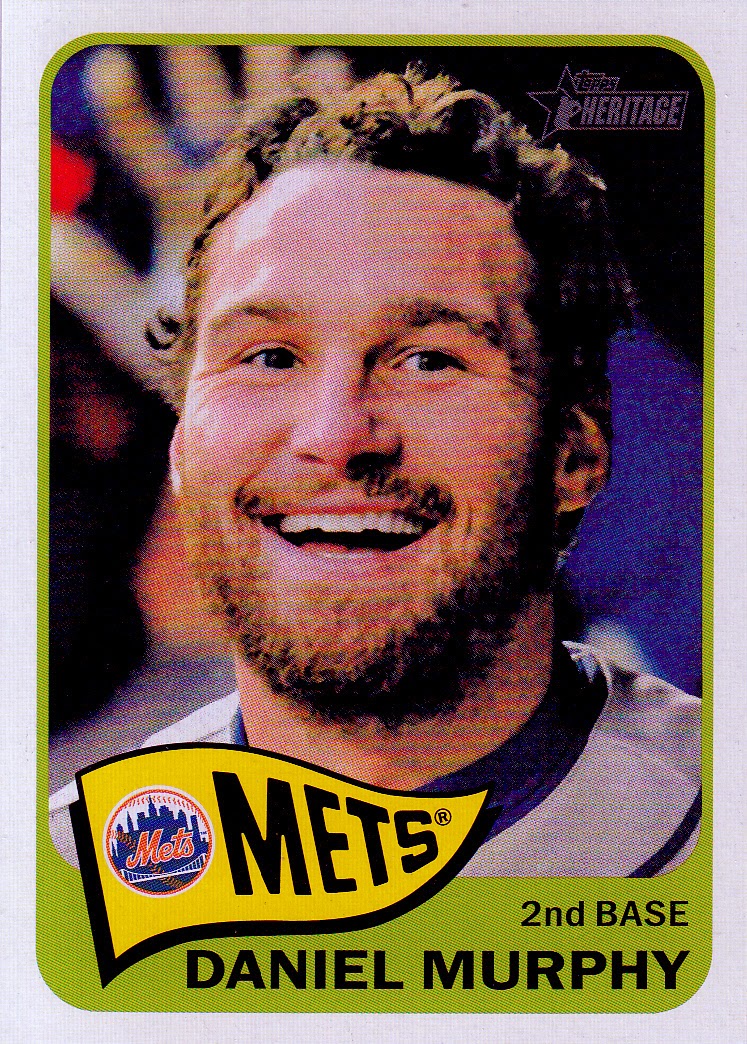 If not for David Wright, my favorite Met would far and away be this guy.  Danny Murphy plays the game with the passion and abandon of a Pete Rose-type.  He doesn't have a lot of power and he doesn't really have a natural position in the field, but the guy is a baseball player--plain and simple.

And, yet another reason why manager cards are a good thing: 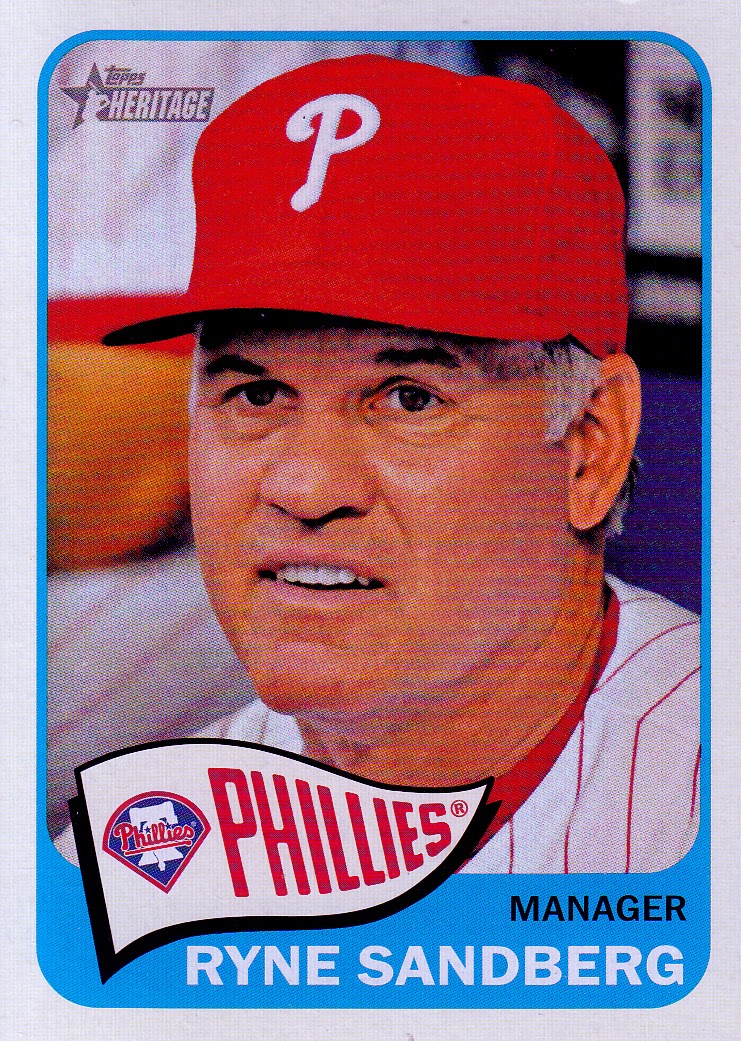 The first-ever manager card of some guy named Ryne Sandberg.  It's a shame he's skippering the hated Phillies because it means I can't root for him.

I also managed to get one of those pesky short prints: 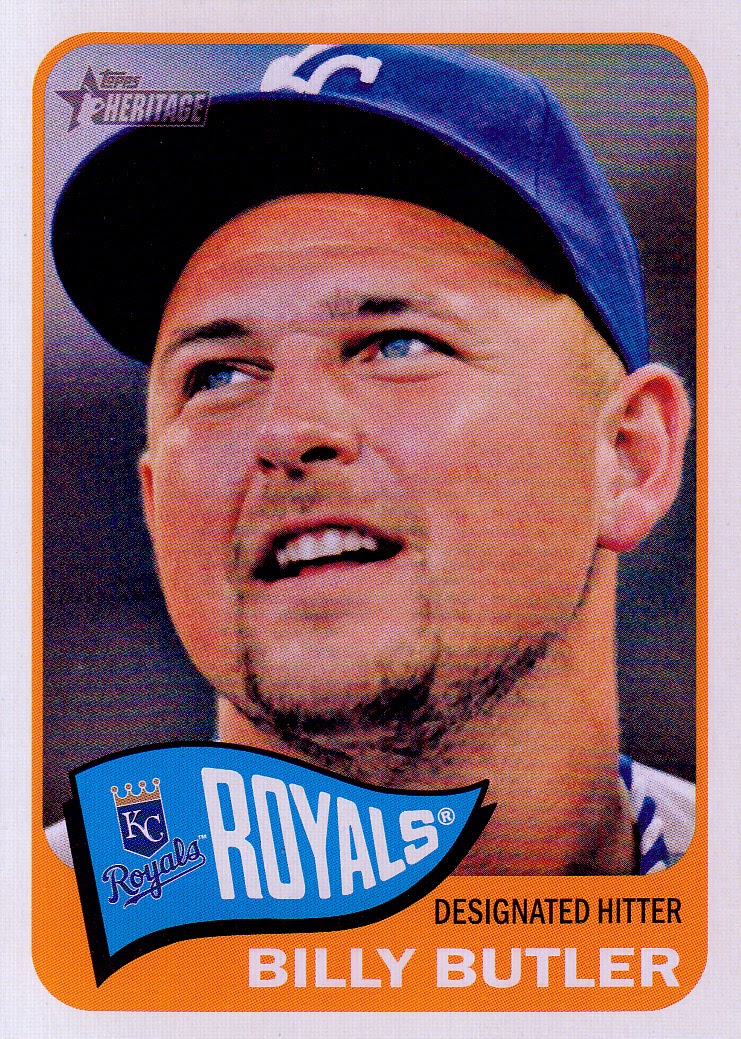 That's almost corner-to-corner head shot action of the man they call "Country Breakfast."  FYI, this is the second consecutive year that Topps has designated Butler for the SP portion of the Heritage checklist.

I was very happy to find a blue-bordered Walmart parallel in one of my packs, as well. 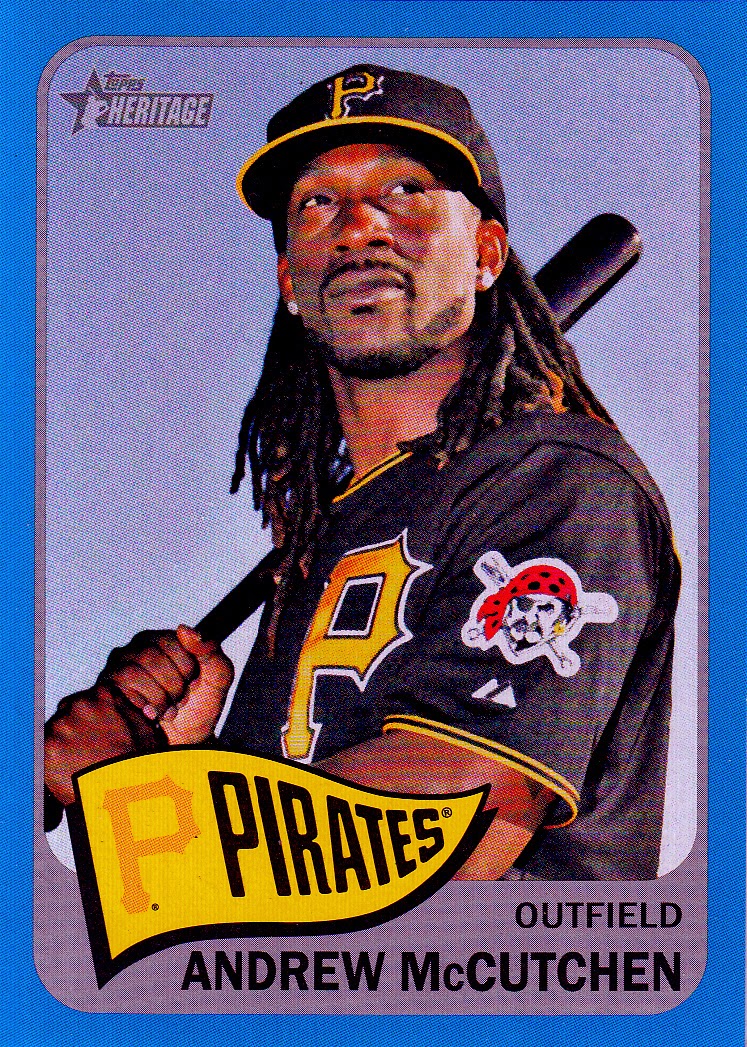 I'll take a parallel or variation card of Andrew McCutchen all day, every day.  He's one of the game's true young stars.  I believe Cutch was among the red-bordered Target parallels a year ago.

And, wrapping up the review, let's take a look at the lone insert card that I netted... 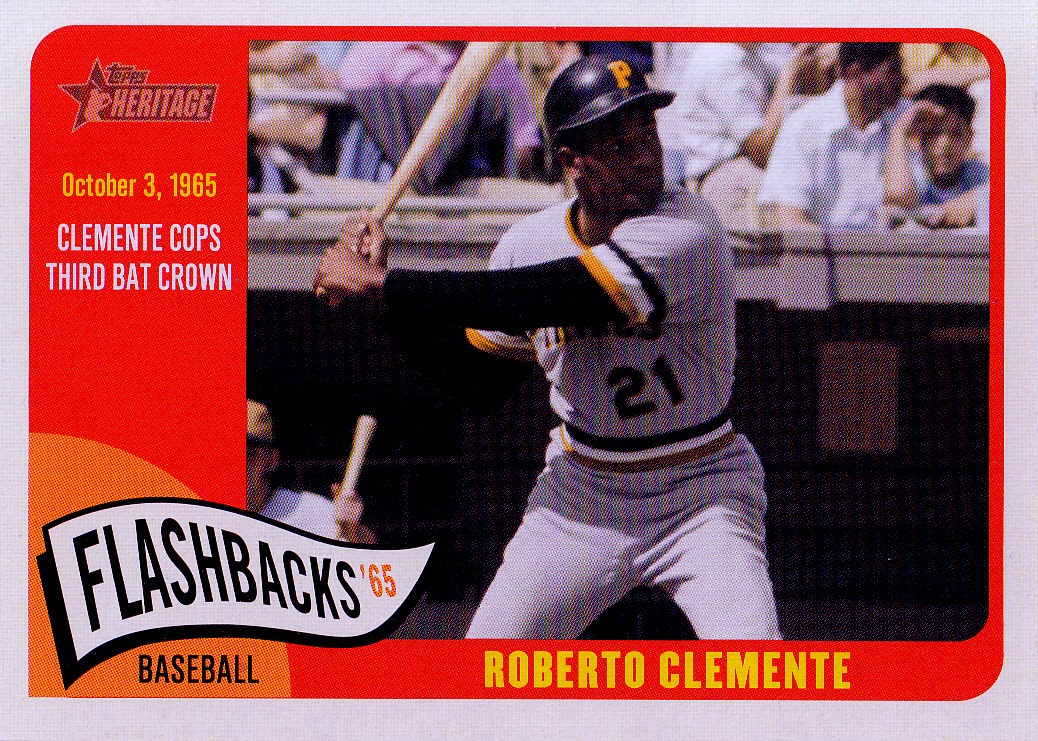 This is the third Baseball Flashbacks card I've pulled through six rack packs, and all three were different.  I previously pulled the Banks and the Marichal.

So, to sum things up: