Getting Lucky, aka A Valentine's Day Blaster 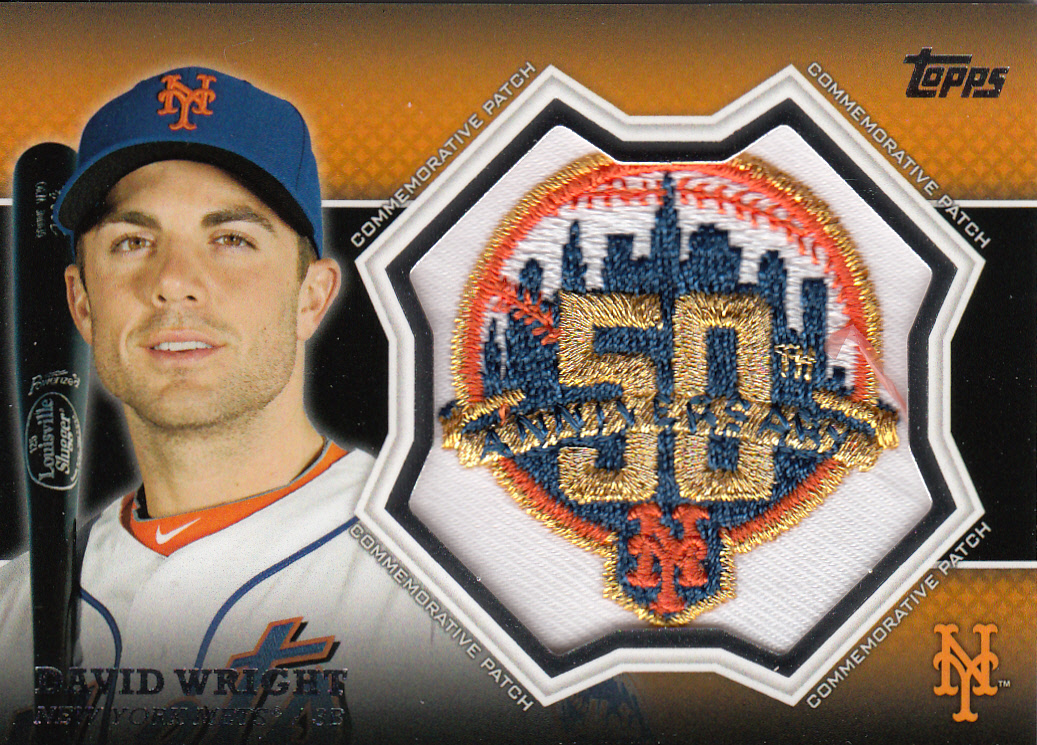 So I stopped off at Wal-Mart on my way home from work on Thursday, as I had an itch for some more 2013 Topps.  And check out which patch card I lucked into!  I tell ya, I'm really starting to warm up to these manupatches.

What's that?  You thought I was going to talk about what?  Hey...hey, easy.  This is a family blog.  When I use this forum to talk about getting lucky -- on Valentine's Day or otherwise -- it's solely about cards.  Not all of us are programmed by the FX channel.

Back to the cards, this Wright patch card was a good start.  And also indicative of a couple more pleasant surprises within. 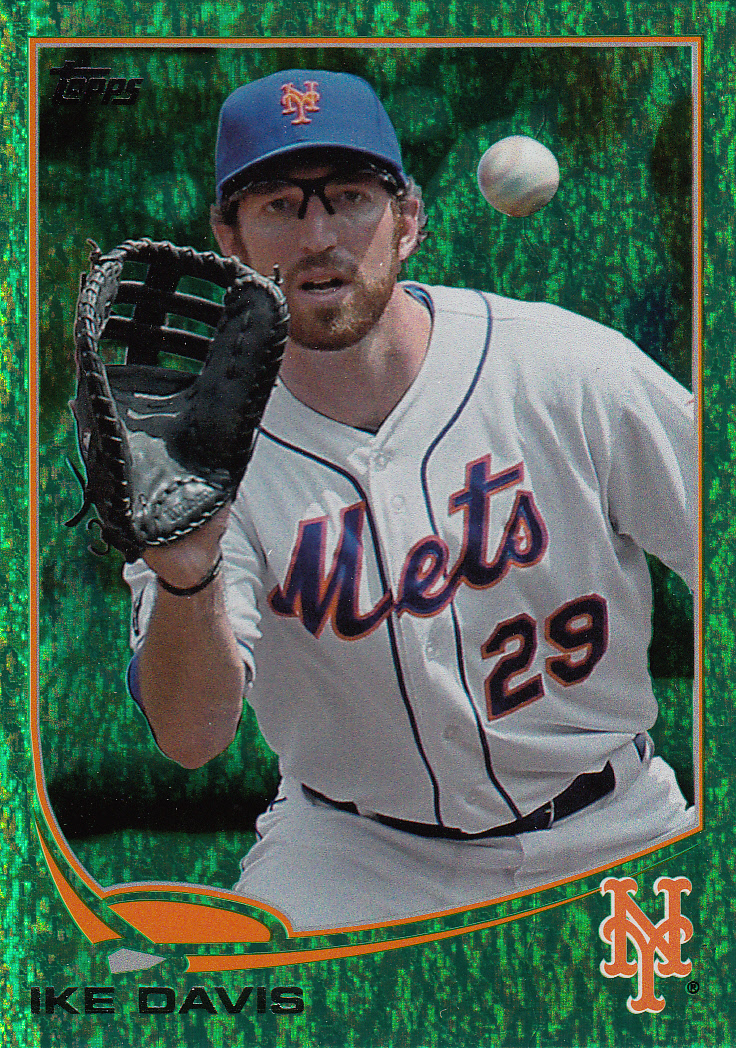 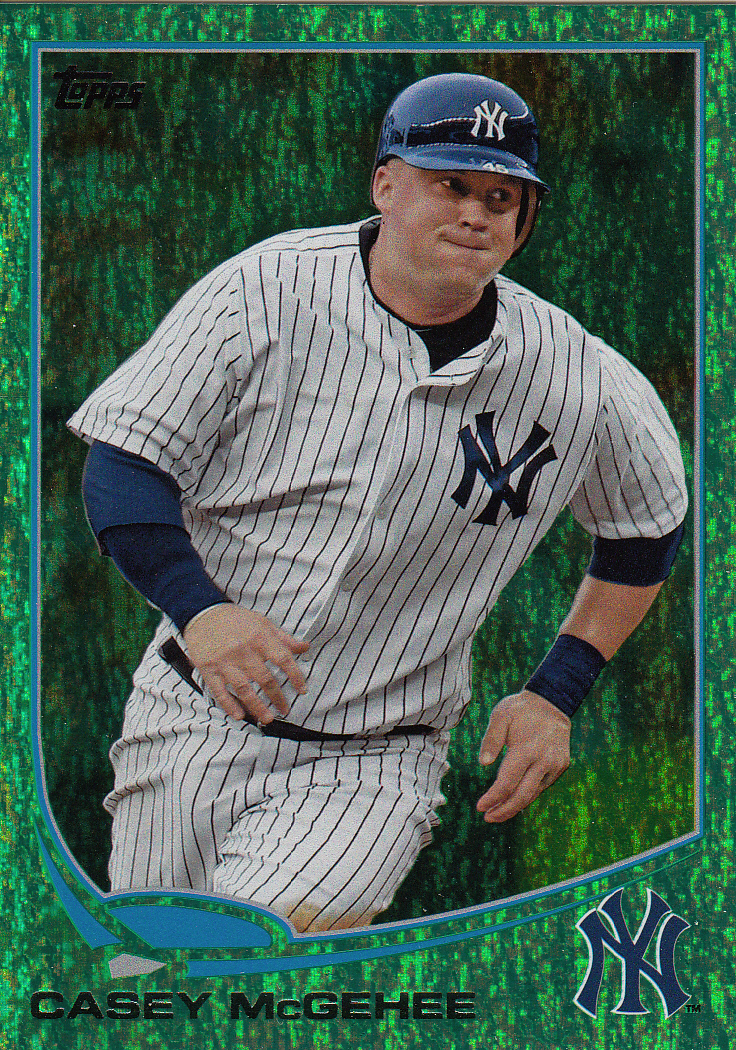 My two ecto-cards were of the New York, New York variety.  I guess the baseball card gods were paying attention when I bemoaned my emerald fortune (or lack thereof) earlier this week.  Finally, a Mets card -- and it's Ike Davis, to boot!  I'm not as excited for the McGehee, but it's a step in the right direction. 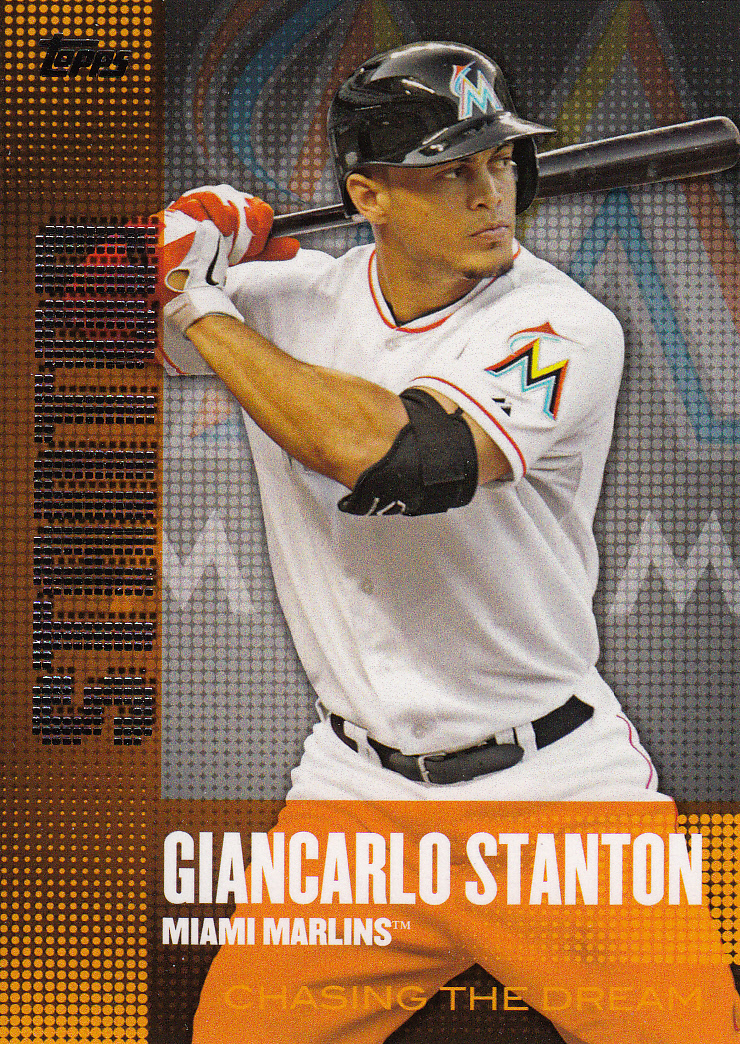 This is one of the few cards from the Chasing the Dream group that I really care about obtaining (along with Messrs. Trout, Harper and Niese).  Even for an awesome player like Mike Stanton, this is still a pretty drab card. But, it's a nice add for my small-but-growing Stanton collection. 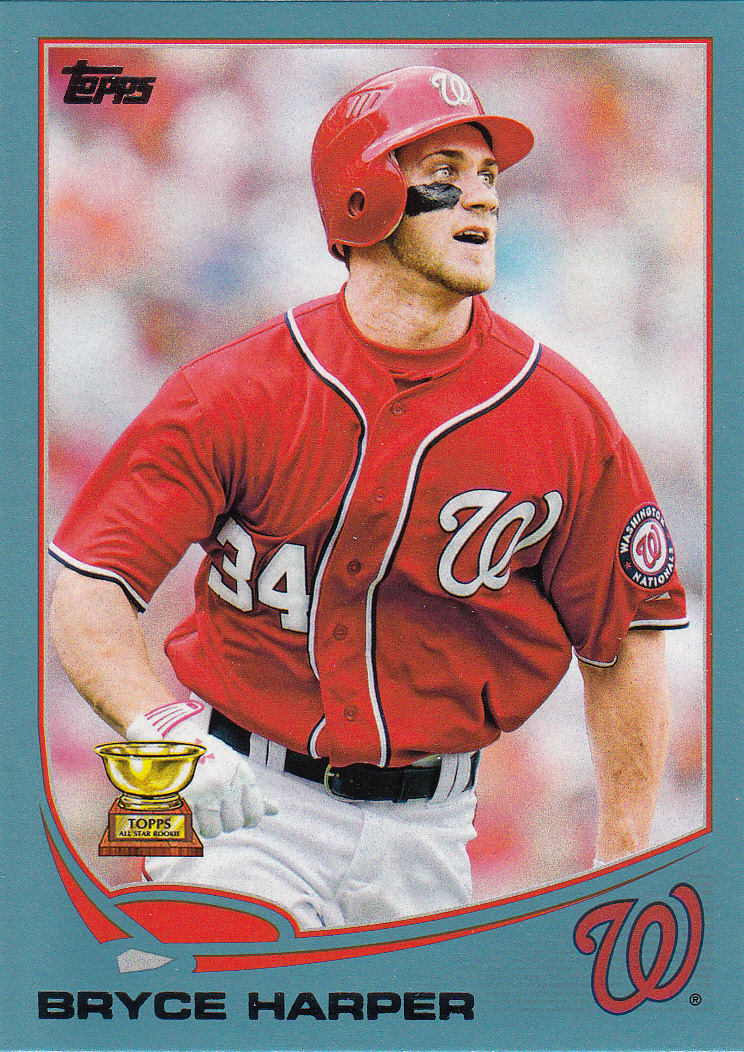 Verrry happy about this!  This was contained in the first post-patch pack that I opened.  Again, the cardboard overlords were attuned to my recent chirping, as I got one of the two blue parallels that I figured would be the hardest to come by.  Trout, the other, is a whole 'nother ballgame.  But, for now, I'll celebrate this one.

The rest of my blues were also very nice.  Not a dupe among them.  Here's a small sampling: 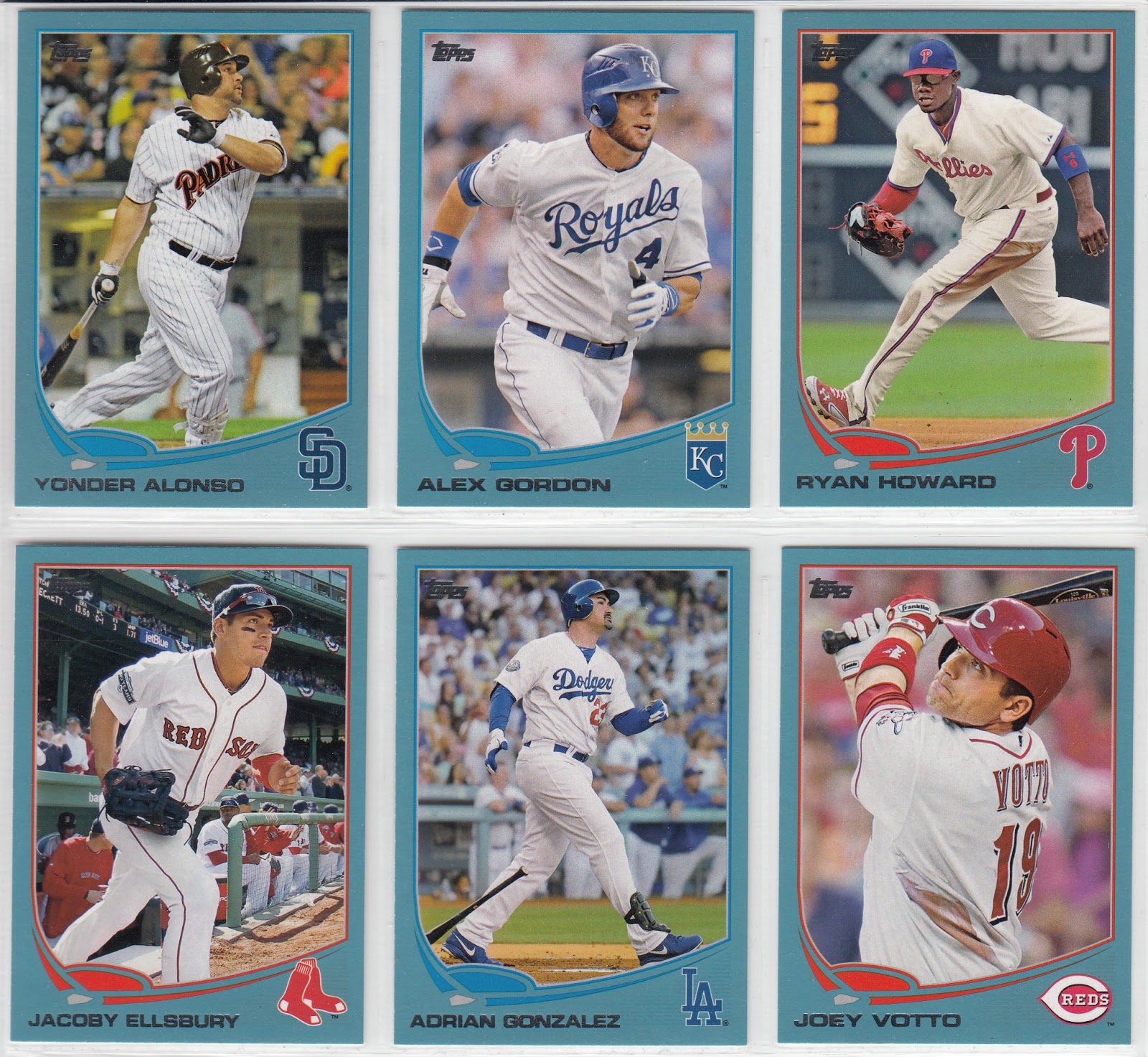 I haven't seen this A-Gone card previously, and it's definitely one of my favorite from the set.  The photo is a real winner, from Gonzalez's power pose to the wash of Dodger blue and white in the background.  The blue frame really makes the action pop even more.

And, finally, my three mini cards:

Thankfully, I didn't get a repeat the atrocity presented by my last purchase; none of these are exact duplicates of a prior blaster.  At least not one that I've purchased.

Anyhow, I think that's probably the most exciting blaster I've gotten thus far.  It would have been a grand slam had it contained a Cut to the Chase card, but there's no need to get greedy, right?  Well, actually, for $20 bucks I guess it's not asking too much to expect the whole enchilada.  But, I'm rambling.

Happy Friday to all!