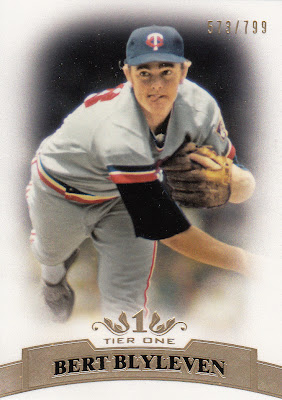 I usually like to have one of those page-a-day calendars on my desk at work.  Otherwise, I have no concept of the day.  Plus, I like a little bit of levity during what can otherwise be a hectic environment.

Normally, I'll choose one that is sports themed, but I've also gotten silly ones in the past.  Jeff Foxworthy and his dime-a-dozen rednecksims come to mind.

Anyway, the calendar I invested in this year features a baseball quiz or factoid or quote each day.  It also informs you of any notable baseball birthdays, too.  Heck, the calendar itself is even shaped like a baseball.

Why do I bring any of this up?  Well, today's quote made me chuckle for sure, but it also taught me something kind of obscure about a certain Hall of Famer.

"When I started to throw the ball back to the pitcher harder than he was throwing it to me, we changed positions."


This quote is attributed to Bert Blyleven, and is in reference to his reason for choosing to be a pitcher rather than a catcher.

Which is all very strange, considering his Wikipedia entry states that the Dutchman was a big Koufax fan as a boy.  And he apparently took to pitching at a very young age, when his father built him a makeshift mound in the backyard of their home. 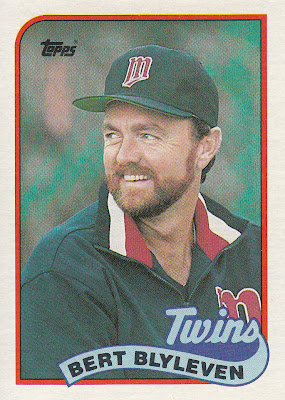 So, I'm not sure at what point Blyleven might have been considering a catching gig, or how long that fancy may have even lasted.

Regardless, it's still a funny quote.  And if it is fabricated or wrongly attributed, wouldn't that be just like baseball?  After all, there are countless anecdotes and characters throughout baseball's annals that carry an almost mythical aura about them.  Sometimes too absurd or too extraordinary to be believed.

I think that's why we love the game so much.  It's the ultimate reality program, usually rife with drama.  But it still maintains a level of whimsy that captivates us all summer long, year after year.

Baseball can be a serious matter, but it can also be goofy.  For every Tony La Russa there is a Casey Stengel. For every Derek Jeter there is a Marv Throneberry.  If it were lopsided in either direction, would we still cherish the game as we do?

Just a few random thoughts about a random quote from the calendar on my desk...