A D.C. Kind of Blaster 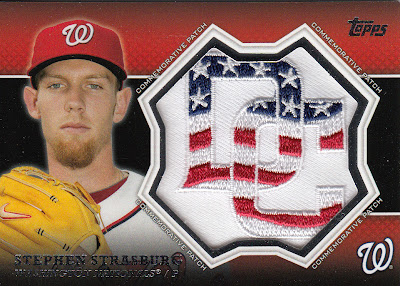 I was in a 2013 Topps kind of mood so I swung by good ol' Wal-Mart on my way home from work on Thursday evening and grabbed a blaster.

Blasters are my weapon of choice when it comes to buying 2013 flagship because, of course, it guarantees me the 20 blue parallels.  But I've also really become a fan of the patch cards that come in each box, too.

In terms of the latter, I did pretty nicely.  It's funny that I pulled this Strasburg patch, as he was pitching for the Nats against the Mets in Grapefruit League action that very evening.  I was reeeeeeally hoping to get the Harper patch, but this is a pretty nice consolation prize. 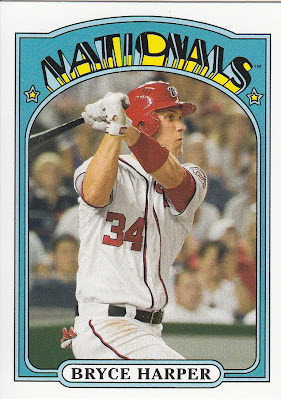 I'll certainly settle for a mini!  I've now managed to pull both Trout and Harper in shrunken form, so that makes me extremely happy.  I'm not sure if I'll be going after the entire set or not, but at least I got the two I really wanted. 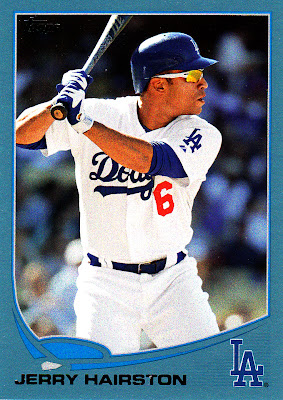 The two 'dupes' were both Mets, so that sits quite well with me.  Those I can add to my team collection.

I didn't pull any gold parallels or a Cut to the Chase card (bummer), so I have nothing to report on that front. 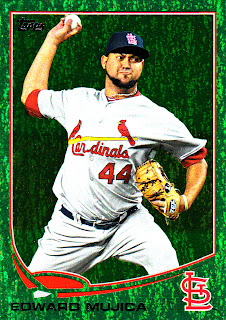 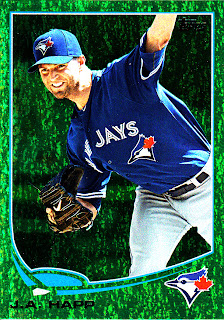 If anyone is interested, lemme know.  Maybe we can do one of those snazzy PWE exchanges.

Enjoy the weekend, folks!  There'll be plenty of baseball to watch, between Spring Training and the WBC, so if you're like me you'll probably be tuned into a good deal of that...