Having a -ski last name as I do, I'm certainly no Irishman via my father.  Nothing of the Emerald Isle on my mother's side, either.  But, until they institute a St. Stanislaw Day, the semi-good Catholic that I am will continue to observe St. Patrick's Day with a semblance of reverence.

And since I'm keeping a blog these days, I figured it might be fun to honor the Apostle of Ireland with a bit of baseball card fun.  So, I raked through my Mets box and came up with a few fun candidates for the all-time best Amazins with Irish (and not-so-Irish) last names 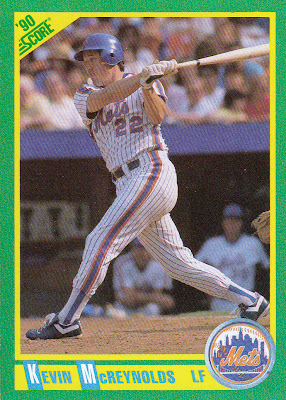 This was the first player I thought of, and I was extremely thrilled to re-discover that Kevin McReynolds' 1990 Score issue was bordered with kelly green.  That's double points, if you're keeping score at home. 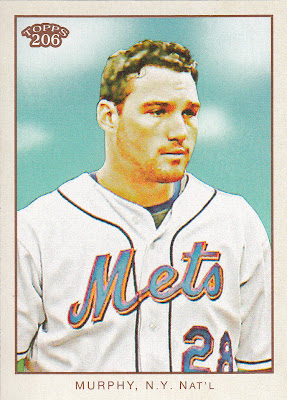 After Big Mac, Danny Murphy was one of other Metropolitan Irishmen that initially sprung to mind.  I'm not sure if it'll keep for the 2013 campaign, but the Citi Field sound crew used to play the Dropkick Murphy's for Daniel when he came to the dish. 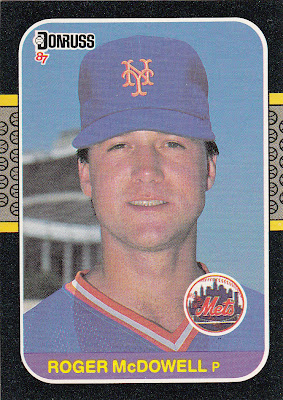 Couldn't have a list of Mac's without one of the most notorious of them all, Roger McDowell.  A world-class prankster -- and a key fireman for the '86 World Champions -- McDowell was/is a perfect candidate for "life of the party."  That may or may not involve jail time.  But, at least it'll make for a memorable night out at the pub. 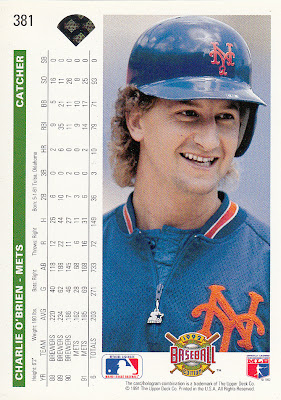 Oh Charlie, how we love thee!  I have lots of O'Brien cards with wicked-good action shots, but the reverse side of his '92 Upper Deck was too tough to pass up.  Dontcha miss the hairstyles of early-90s? 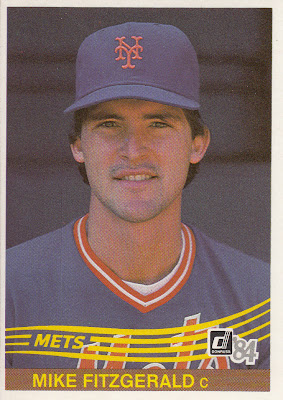 Mostly notable for being one of the pieces going to Montreal in the Gary Carter trade, Fitzgerald initially made his mark for the Mets by clubbing a home run in his first Major League at-bat. 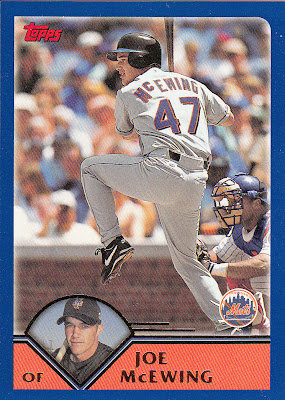 I'm an unabashed Joe McEwing fan, but I still can't hold a candle to my old man in that regard.  He was borderline obsessed with Super Joe when he played in Flushing.  Thus, I was fortunate to meet Joe when he was manager of Class-A Winston-Salem a few years back.  First-class guy; he signed a "McEwing 47" t-shirt for my dad with the inscription, "To Bobby, my biggest fan."  It made a great Father's Day gift that year. 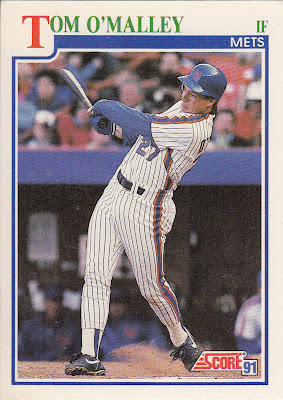 Not exactly a household name here, but you're absolutely going to wind up on this list with a name like that. Can't get anymore traditional that Tom O'Malley, can we?  As for his playing days, O'Malley was kind of a baseball vagabond, playing for half a dozen big league clubs before forging a pretty decent career in Japan. 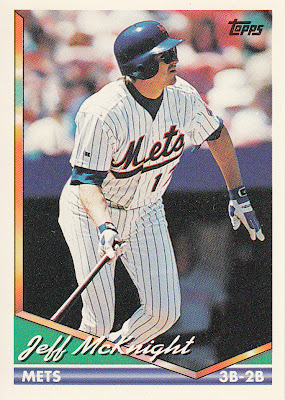 Jeff McKnight, along with such players as Tim Bogar, Anthony Young and Junior Naboa, have become names I readily associate with the dour baseball days of the early '90s in Queens.  Maybe unfair to such an insignificant roster piece as McKnight, considering I can't recall a single one of his at-bats.  So to bury the hatchet right here and now, I say to you, Mr. McKnight, slainte! 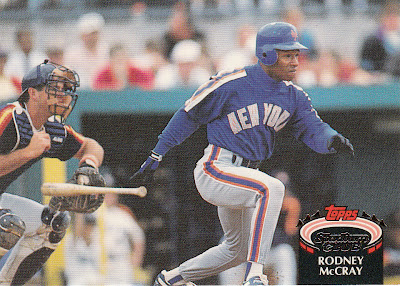 Hmm.  Totally had to go to Wikipedia for McCray, but I found out he was the guy who crashed through the wall in that infamous minor league reel from 1991.  Check it out!  A true act of valor deserving of free grog at any reputable Irish pub! 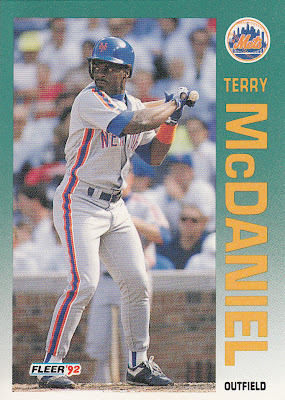 Double hmm.  The Mets sure did have a lot of McLastNames 20-some years ago, no?  A grand total of 23 career big-league games for McDaniel, all during the '91 season for New York.  Perhaps he should've also run through a wall at some point?

And now a couple of honorable mentions.  No Mc's or Fitz's or O's to be found, but the spirit of the day still prevails. 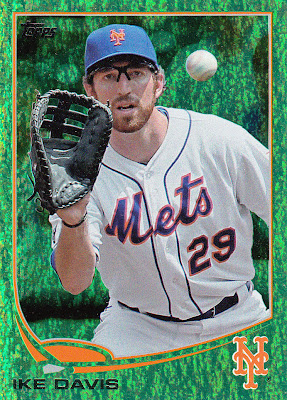 And emerald card for the Emerald Isle. 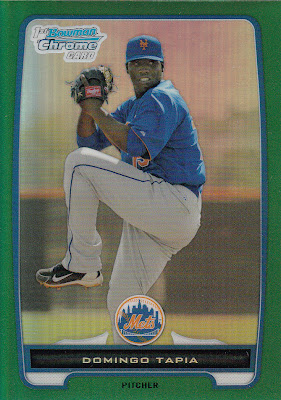 A green Chrome refractor from 2012 Bowman.  Don't it just wanna make you shovel a handful of Irish potatoes into your boca? 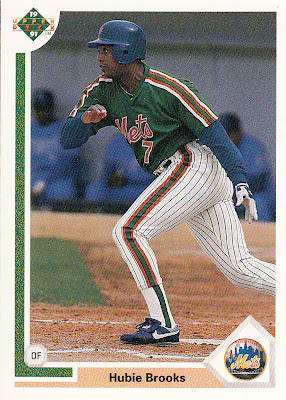 The wearing of the green!  I don't know if the Mets still do this or not; I know a number of big league clubs still pay homage to the occasion during spring training with these green duds.  Frankly, the uniform Hubie is fashioning would have been an absolute diamond if they had just decided to ditch the blue helmets, cleats and undershirts for the day.  The Mets would've looked more like gosh darn Irish national team!

And there you have it.  I had a good time combing over the cards of all those past Mets, and I hope you got a chuckle or two from taking this trip with me.

Enjoy the day responsibly, folks.  And remember to toast a pint or two for your favorite Irish ballplayer!