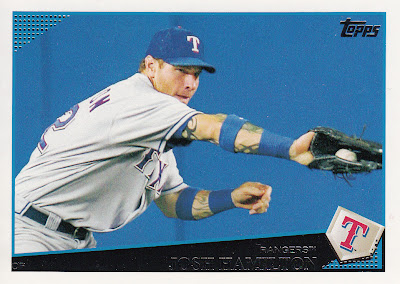 Just a little respite from the 2012 Heritage countdown.  Over the weekend I began sorting through all the cards from the 2009 Topps factory set that I bought a month or so ago at my local card show.  I didn't realize how fantastic a set '09 Topps was til I was able to examine all 660 cards one by one.  What I once thought of as a somewhat bland design really resonates with me now.  But, that's a subject for another time.

I wanna talk about the above Josh Hamilton card.  Not so much what's on the front -- and it's a real dandy of a picture, might I add.  Rather, I'd like to address the nugget of knowledge on the back. 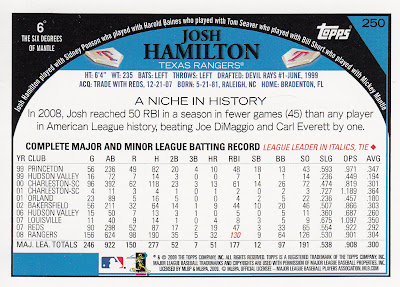 The 2008 campaign was an impressive one for Hamilton.  Check out the "Niche in History" factoid.  To me, that's a thousand times more interesting and off-the-wall than the Six Degrees of Mantle nonsense arcing across the top third of the card.

Who knew that Hamilton outdid an RBI pace originally established by the great Joe DiMaggio? 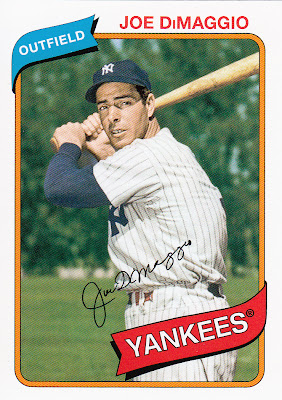 Furthermore, and more importantly, who knew that the dinosaur-denying Carl Everett even shared an American League record with Joltin' Joe to begin with?? 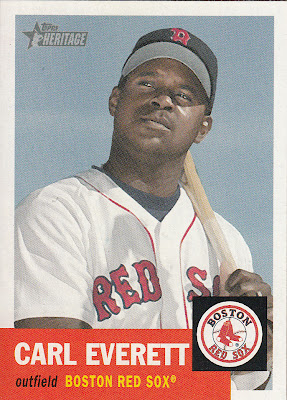 Pretty amazing stuff, no?  Or maybe you knew of this connection already.  If you did, kudos!  As for me, I'm still trying to digest the enormity of it all.

Yet another example of how the most peculiar tidbits of baseball lore take residence on the flip sides of baseball cards.  You gotta love it!