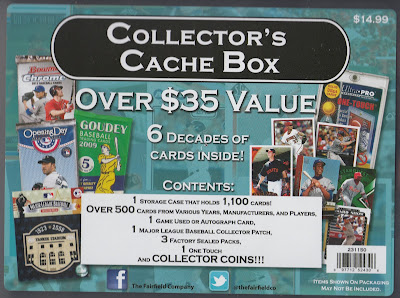 Have you seen one of these boxes at your neighborhood Target lately?  I came across this over the weekend and, like the overgrown child I am, had to pick one up.

The good folks at the Fairfield Company have put together a new hobby trove of odds and ends.  You get 500+ random cards ("6 Decades of Cards Inside!"), a game-used card, a collector's patch, three sealed packs, one magnetic one-touch case, and "COLLECTOR COINS!!!!!!!!!!!!!!"  All conveniently packaged in a clear plastic box that holds over 1,000 cards.

Mine, for a penny under 15 bucks.  Hey, it kept me occupied for a few hours on Sunday, which is worth the price I paid.

I must confess to being a sucker for more than a few of the little junkies listed on the label, chiefly the coins and the patch.  Through the box, I could see the coins were from 1987, yet I couldn't positively ID the patch.  The cards facing out were of the overproduction era variety -- what we've all come to expect from from Fairfield.  And, naturally, I was skeptical about the "6 Decades" boast.  But, we shall see.

Okay, where to begin?  Well, I got copious amounts of '87 and '89 Topps, both among my all-time favorites. 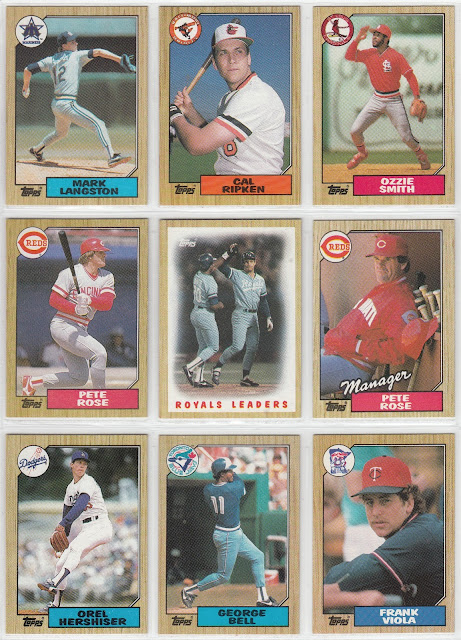 I finished both sets quite some time ago, but it's always nice to get extras for player and team collections. Additionally, many of the cards I pulled were upgrades condition-wise over what I already had within my complete sets.

Lots of glossy All-Star inserts, too. 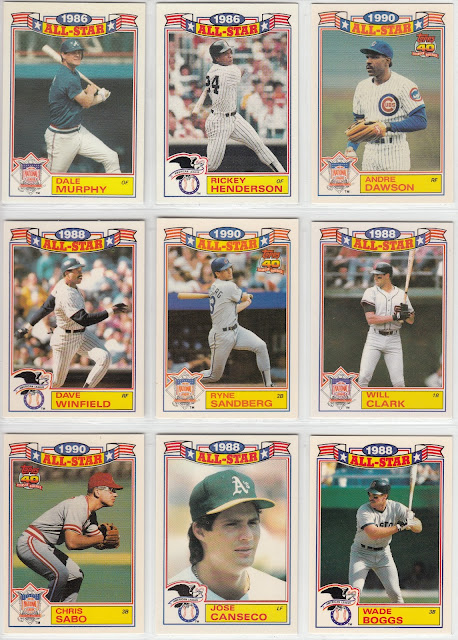 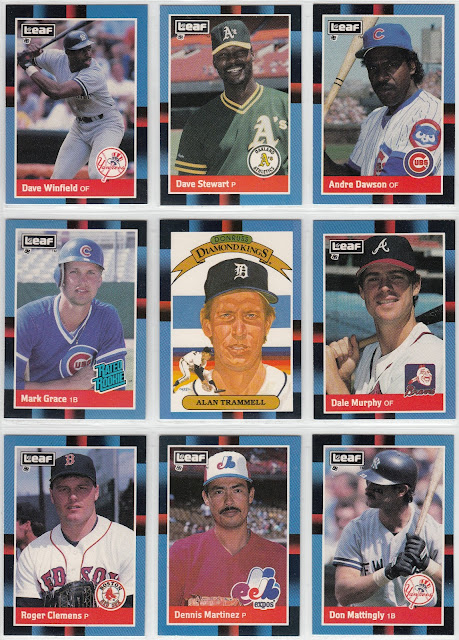 And quite a few Topps Attax, including a shiny David Wright! 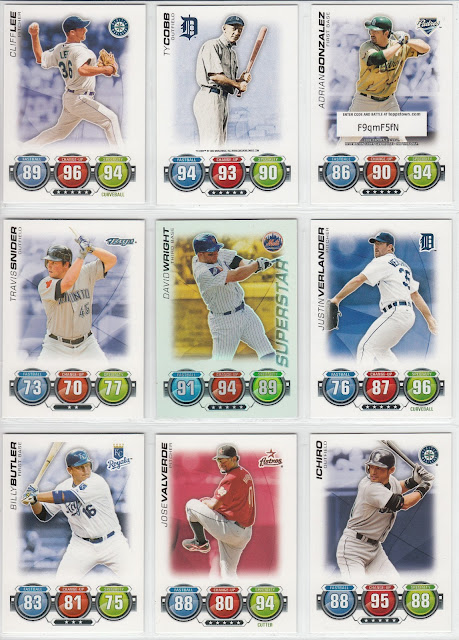 Aside from the substantial runs on these particular sets, there actually was a pretty decent assortment of brands and years. 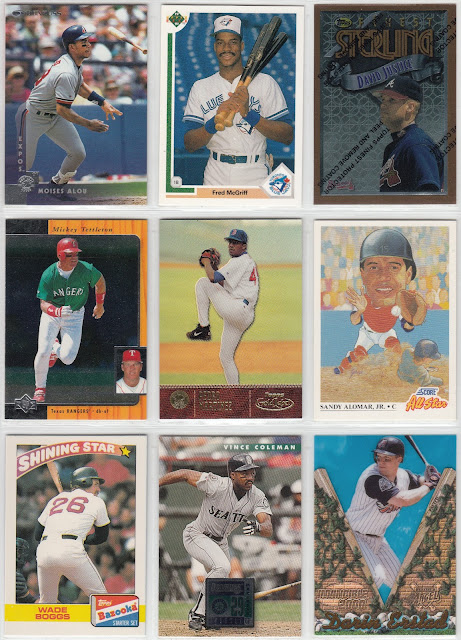 Mickey wearing the green!  Appropriate since I opened this on St. Paddy's Day.  And, is that an Erstad card I spy on the bottom right?  That'll be heading to a certain blogger down in the heart of Texas sometime very soon.

I found a pair of pretty cool rookies in the mix, as well. 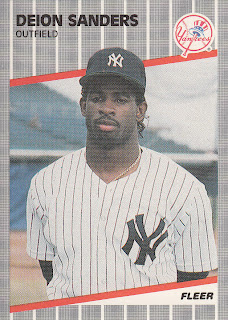 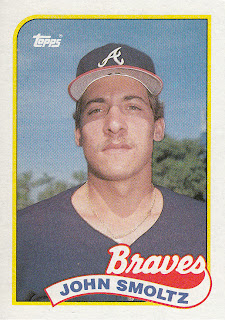 A football Hall of Famer and a future baseball HOFer, Sanders and Smoltz respectively.  Can't do much better than that when it comes to a Fairfield repack, can you?

I didn't net very many Mets cards from the crate, but here are a couple of the highlights: 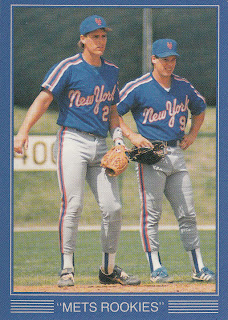 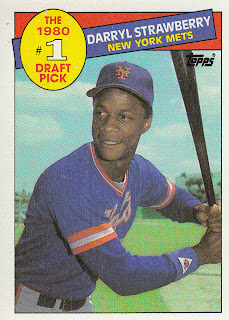 Elster and Jefferies are the "Mets Rookies" in question.  Gregg is a short, and I like that about him.

I got some big cards: 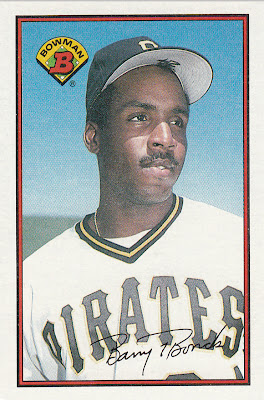 And some small ones, too. 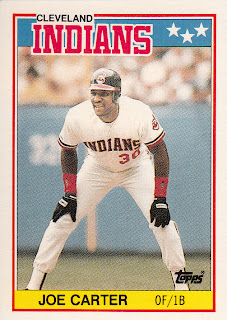 At this point, you might be getting antsy.  Mark, did you get anything that one might consider vintage or what? Well, I did get about a dozen or so cards from the late '70s and early '80s.  Not exactly "vintage" but still pretty good. 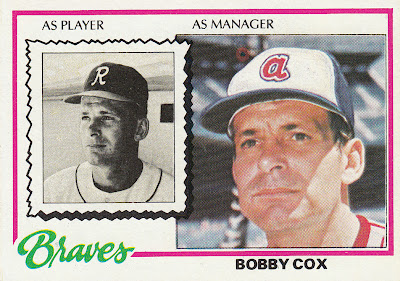 A neat card, for sure, but this Bobby Cox doesn't exactly fulfill the "6 Decades" prophecy.

But, this one does: 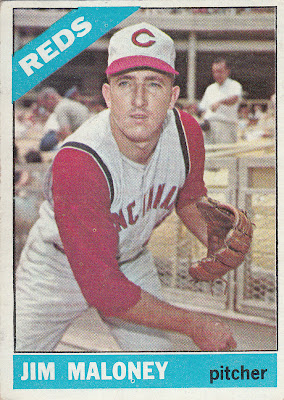 The three packs I received were 2012 Opening Day, 2008 Upper Deck First Edition Update, and 1988 Donruss. Nothing sexy, as you can surmise. 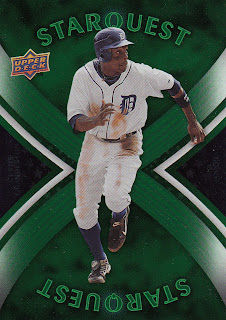 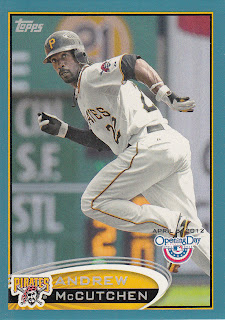 A green Starquest of Curtis Granderson was my "big" prize of the UD pack, while a blue-bordered McCutchen stands as a pretty nice get from the Opening Day pack.  I'll spare you the '88 Donruss highlights.  All the cards were badly off-centered anyhow.  And you didn't think '88 Donruss could be any more homely, did you?

My game-used card was a fun surprise. 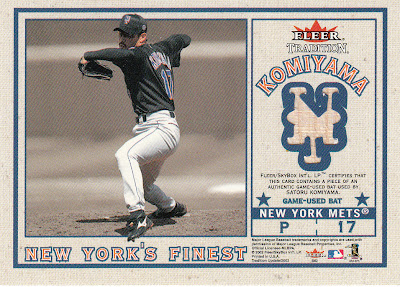 Fleer Tradition 2002, New York's Finest.  The reverse of this card depicts some guy named Jeter.  However it's Satoru Komiyama, a short-lived big league pitcher, who got a piece of his bat adorned on this particular card. Totally insane; I love it! 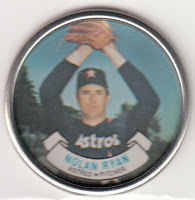 I did quite a bit of grumbling as I was sorting through the coins.  I got lots and lots and lots of duplicates.  The worst part of it, though, is that I'm just three freakin' coins shy of a complete set.  Ugh.  Yet, I got four or five of these Nolan Ryans and about 68 Jose Cansecos.  Oh well, what can you do?

Finally, we'll take a gander at the collectible patch.  A pretty good one, even if it is the Yankees. 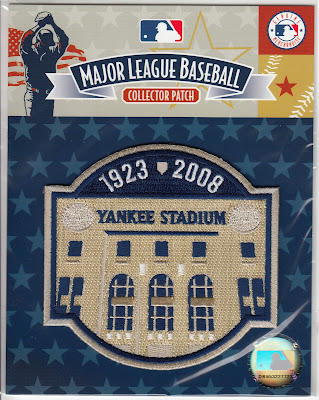 If you go back and look, this is the exact patch shown on the cover of the box.  So, I don't know if every one of these cache boxes was blessed with this Yankee Stadium patch, or it's just a coincidence.  Either way, I'll take it.  I bought the commemorative Shea Stadium patch during the 2008 season when I was at the ballpark and paid darn near 20 bucks for it.  Anyhow, this makes for a nice New York Stadium Farewell bookend to that one.

There you have it, friends.  Should you come across one of these in your neck of the woods, you can expect something along the lines of the above.  Perhaps not glamorous, but definitely a good time.