Friday afternoon's mail at the Kaz ranch treated me to mailer from Dime Box connoisseur Nick.  We've reached the stage of not even making formal trades; just a random exchange of cards from time to time.  Which is a cool deal, if I may say so.

Whether he intended it or not, there were cards in this recent package that had an aura of connectivity about them.

For example, take these two: 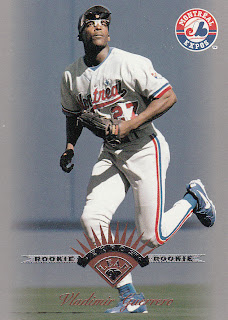 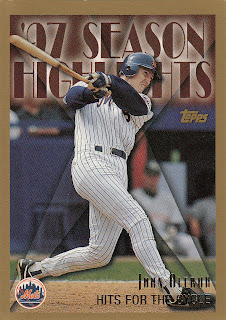 Vlad and Olerud, a pair of players both Nick and I enjoy collecting.  Other than that, however, there doesn't seem to be a link, right?  I mean, what does Olerud's unexpected cycle from the 1997 season have to do with Guerrero?

Ah, but we then take a closer look at the back of the Olerud card.

Pretty cool stuff right there.  I mean, for the cement-footed John Olerud to ever achieve a triple, some act of God (or Vlad) had to occur.  And that was certainly the case.

Elsewhere in the package... 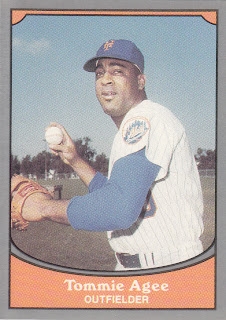 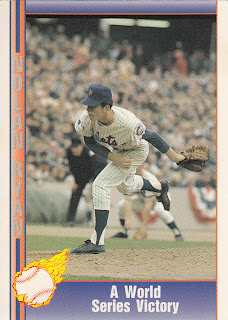 Tommie Agee and Nolan Ryan were both important pieces to the Mets' 1969 world's championship.  But it goes a little deeper with that in regards to these two cards.

To the back of the Pacific "A World Series Victory" card we go: 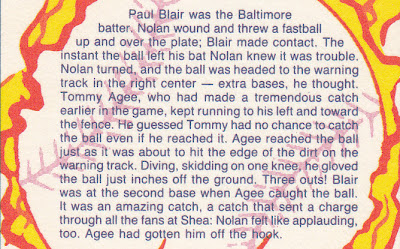 Game 3, '69.  One of the most memorable World Series catches of a generation, and perhaps all time.  Ryan and Agee will always be linked because of that game -- as will these two cards.

Connectivity doesn't always have to avail itself with the written word, though. 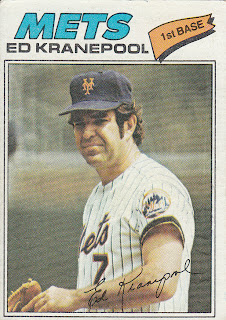 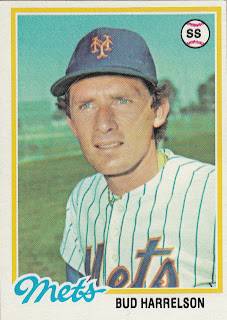 Ed Kranepool and Buddy Harrelson were true iron men for the Amazins.  Nobody has played more games in New York Mets uniform than Kranepool, an Original Met who suited up 1,853 times over a 18-year career. Harrelson, meanwhile, is the only Mets shortstop to have ever started 1,000+ games in the blue and orange. Over the course of 13 years in Queens, Buddy started 1,280 games at short.

In the note he included with the package, Nick noted he was "taking a shot in the dark" with the next card, since I had mentioned a few times my new-found liking of the '73 Topps issue. 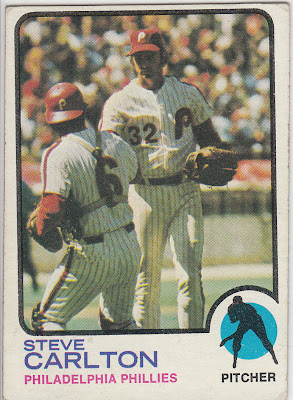 Well, your shot in the dark is a bulls-eye, my friend!  How's that for connectivity?  Undoubtedly one of Lefty's best-ever cards!  And coming off a 27-win season, at that.  This card surely falls into the "work of art" category of '73 Topps.

A work of art is also what I would consider my absolute favorite Topps Chrome card from 2012. 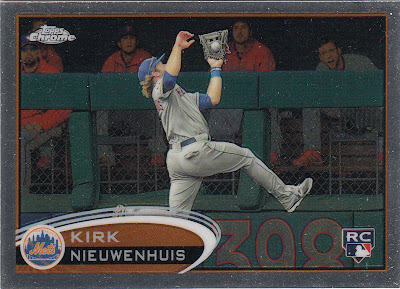 I have one of these in the collection, already.  But after seeing it again, I've decided that I want to collect as many copies of this catd -- and as many variations -- as I can.  This is as close to baseball card perfection as there is.  Plus, it's a terrific play made at the expense of the Phillies, which is a sweet bonus.

Finally, Nick put the proverbial cherry on top when he included a card for my 2013 Wal-Mart Blue pursuit. 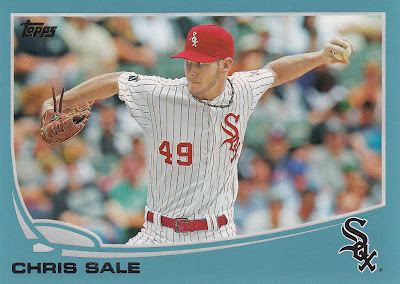 Very patriotic looking, what with the blue border and the red/white Sox jersey.  I like it!  This is the 194th different blue parallel I've been able to acquire towards the 330-card set.  I'm nearly 60% complete!

Nick, thanks a lot for these and all the cards from this recent package.  A real winner, as usual!