A Prince and a King (but no royal baby) 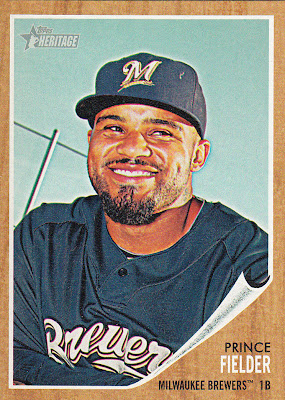 So I heard the "royal baby" was born on Tuesday.

Moving right along, an old trading partner of mine popped onto the radar recently.  All the way back in February, Kyle in Illinois came through with a most incredible assortment of cards from my all-time favorite Stadium Club set, which would be the 1997 edition.  That trade still ranks among one of the most unexpected and enjoyable to date.

This time around, Kyle managed to hone in on a few more of my pressing set-collecting needs.  Take, for instance, the baseball 'royalty' pictured above.  Former Home Run Derby champ and current Tigers slugger Prince Fielder found himself in the Heritage short print category back in 2011.  Naturally, this is one SP that I needed.

And, not to be outdone by his royal underling... 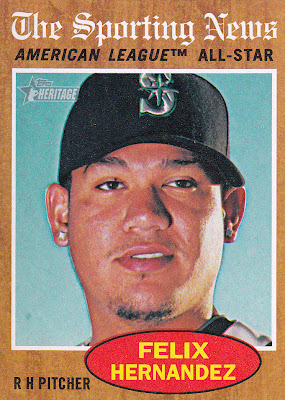 ...all hail the King!  King Felix, that is.  Yet another SP from that pesky '11 Heritage set.  Still got a ways to go on this checklist, but these two were pretty significant pickups, without a doubt!

I've still got a couple of open books from the 2012 collecting season, too. 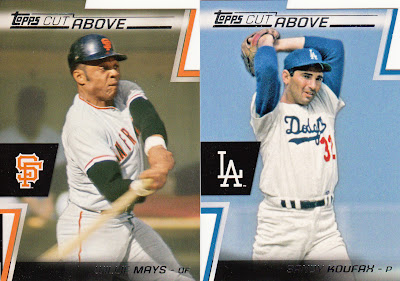 Is that Koufax pose one of the most overused images in the Topps arsenal or what?  I think we've now seen it in every insert set over the last three years.  Anyhow, these two jagged little pills leave me just five cards shy of putting this Series 2 insert set to bed.

Of course, a big item on my collecting menu from 2013 is the Wal-Mart Series 1 blue parallel set.  And Kyle was able to conjure up eight cards that were lacking from my collection, including one of the game's most dominant hurlers. 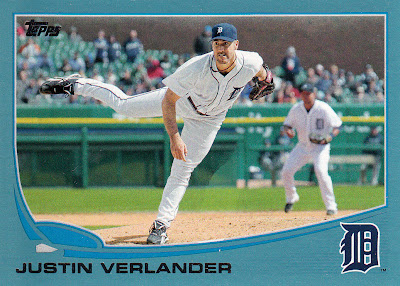 This is one of the most perfect Series 1 cards, by the way.  Perfect utilization of the horizontal landscape. Anyways, with eight more cards added to the pot, I've now reached the 250-card plateau.  In other words, I'm three-quarters of the way home!

Finally, my lone vintage set pursuit -- at least for the time being -- is the '77 Topps issue.  A nice assortment of cards from that set found their way into this trade package, as well. 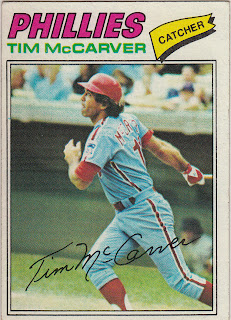 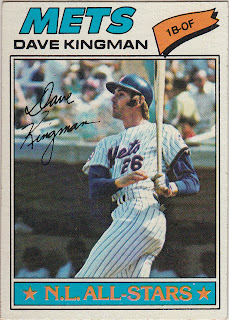 Tim McCarver the broadcaster doesn't really drive me to drink as happens to be the case with so many of my fellow baseball fans.  Though, he was really skating on thin ice during this year's All-Star Game when he begin reciting a spoken-word version of "Enter Sandman."  I guess we might consider that a fail-safe sign that Timmy is bowing out of the booth at the right time.

Love him or hate him, he was a pretty darn good backstop during his big league time.  Caught a couple of good pitchers along the way, I'd say.  And what else can we say of Dave "Kong" Kingman?  Well, forgetting about the man, this could potentially be a great Kingman card to include in the All-Time Mets collection. Stay tuned...

Many thanks, Kyle, for another terrific trade.  It's always a pleasure swapping cards with a fellow set collector!