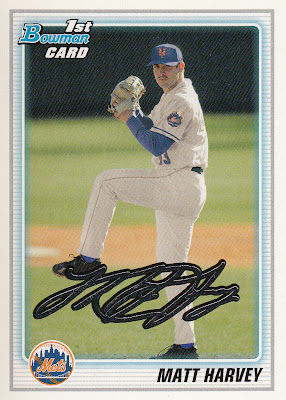 Well, it was a terrific two days for your's truly.  A birthday well-spent with Mrs. K, and then we hosted my family for a little Fourth of July cookout yesterday.  I couldn't ask for a better coupl'a days.

The aforementioned Mrs. K got me a few little baseball card items for the ol' birthday.  One of which was inside my birthday day, and that would the above Bowman rookie of Matt Harvey!  I bought the blue parallel and the chrome issue of this same card the night of his big league debut last year, but this one had eluded me.  Until now, of course.

And wouldn't ya know that Harvey even pitched on the night of my b'day, as well?  [Ed. Note: I don't believe Mrs. K had any hand in arranging that, but one can never be sure with Mrs. K.]  Wellp, that particular #HarveyDay did not go as anticipated, as he got hung with his second 'L'.  But, hey, even Superman spilled some soup on his shirt from time to time, right?

Along with the Harvey rook, I also received an Archives blaster; two rack packs (one Archives, one Heritage); and a Mets Heritage team set. 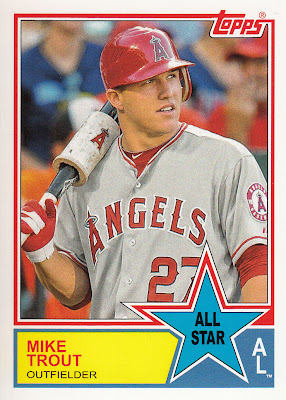 Out of a blaster and a rack pack, would you believe that I netted just 11 new cards towards my base checklist?  And it's not like I've been buying the stuff like crazy; just two blasters purchased prior to this.

Oh well, that's the well-documented Topps collation for ya.  At least I got a few more of those snazzy All-Star inserts, including Mr. Trout.

Also, pair of SPs towards that respective hunt, also. 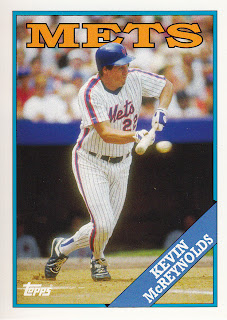 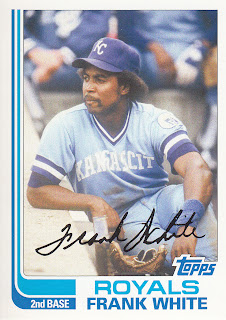 Luckily, these weren't duplicates.  Great bunting shot of Big Mac, and an ultra-cool "chillin' in the dugout" photo of the very underrated Frank White.  I was hoping to bump into this card eventually!

And we'll wrap up Archives with an insert concept that is kinda growing on me. 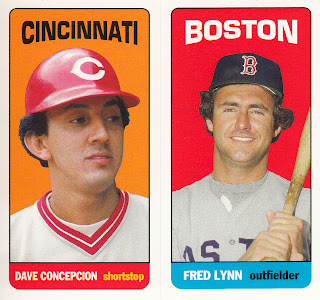 I didn't care for these tallboys initially, but -- if I may channel Peter King for a moment -- I think I think they're okay now.  As always, they would do vastly better if Topps varied their photo selections -- the Lynn image is used a number of times within Archives.  But, it'd also be better if birds didn't discard their droppings on my clean car.  Some things you just have to accept as facts of life. 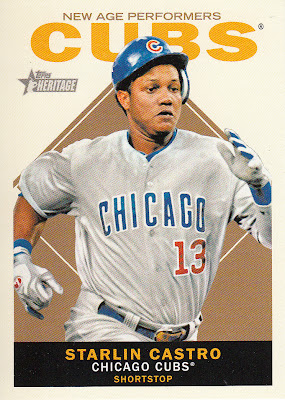 I haven't bought many (any?) rack packs of Heritage this year, sticking mainly to the blasters and blister packages.  So I was wary of this one.  But, to my pleasant surprise, six new base cards and a NAP insert graced me.  Not an awful ratio of new stuff at all.

The missus also found an online vendor (Amazon or eBay I guess) that was selling the complete Mets portion of the regular Heritage checklist (no SPs).  It's 13 cards, including the Rookie Stars card. 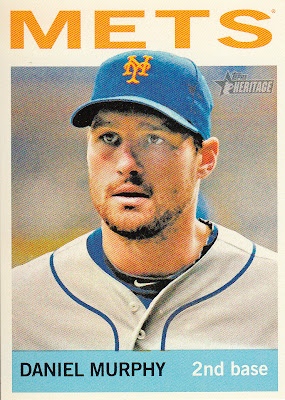 I actually did need a couple of these towards my regular 425-card set, including the Murph.  And, it's good to have all the rest to add to my Met collection.  A win-win!

So there ya go.  No mega-hits or anything like that, but an enjoyable experience nonetheless.  Who doesn't like opening packs on their birthday, after all?